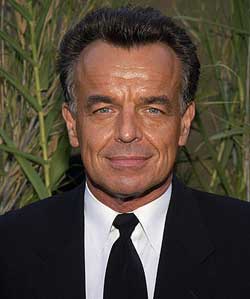 One of the pre-eminent character actors of this generation, Ray Wise is a familiar and friendly face to all genre film fans. With appearances in films ranging from Swamp Thing (1982), Robocop (1987), Twin Peaks: Fire Walk With Me (1992), Powder (1995), Dead End & Jeepers Creepers II (2003), One Missed Call (2008), Infestation (2009), X-Men: First Class (2011), Excision (2012) and countless TV appearances, his face is one that a lot of us have grown up watching. He’s currently co-starring in Mike Mendez’ hit film Big Ass Spider! and he sat with me to talk about his career, his latest film venture, his affinity for directors like Mendez and why he wants to play Dracula!

HNN: No! What are you talking about? This movie rules!!

HNN: I have so much fun watching this movie!

RW: Absolutely, I feel the same way! I was very, very pleased with the outcome. Our director, Mike Mendez, operated under a lot of time and financial restrictions but he got a lot of bang for his buck.

HNN: What about the script made you want to take on the role of Major Braxton Tanner?

RW: Well you know I just liked the whole idea of playing a military officer in charge of a special unit in that kind of a situation. I’m a fan of some of those fifties era B movies like The Thing From Another World (1951) & Them! (1954) and I always enjoyed watching the military officers operating in those films. Some of them were stilted and some of them were over the top but I didn’t want to play it that way, I wanted to show Tanner being a good authoritarian officer so I had to operate under a certain set of parameters which meant that I couldn’t be as over the top as Greg (Grunberg) and Lombardo (Boyar) were in their humor. But I thought I was a good contrast for them and it all worked out very well. 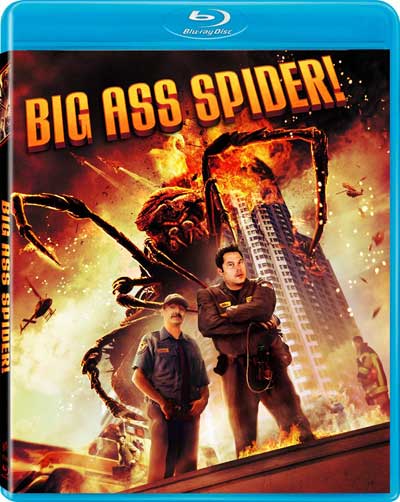 HNN: You were a great contrast for them and their hijinks. A lot of the time I was wondering how you were able to keep a straight face on during a lot of their adlibs during filming?

RW: [Laughing] We couldn’t a lot of the time!

HNN: I just don’t know how you guys do it. I guess that’s why you make the big bucks.

HNN: Of that I have no doubt sir!

RW: Not as the character but in between shots…[Laughing]

HNN: You are perfect for the role of the major as I think you have a fairly chiseled face. You have a lantern jaw that lends itself to authoritarian roles like Major Tanner, but you must’ve heard that before…

RW: Yeah I guess I look like I can play someone in the military.

HNN: How long were you on set for the filming of Big Ass Spider?

RW: I think it took between 15-20 days to do the whole movie, it couldn’t have been more than 21 days so we had to move at a quick pace. It was sort of like guerilla filmmaking but we got it all in and it worked out really well time wise.

HNN: We had spoken to Mike Mendez last year on our Horror News Radio podcast about the film and he told us about some of the trials and travails he experienced during production of the film. What would you say happened on the hardest day you spent on the set of Big Ass Spider? 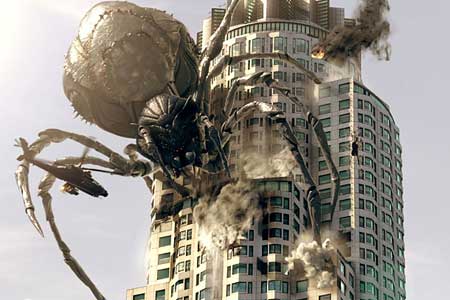 RW: I guess the hardest days were the ones when I had to stand in my command module, staring at the computer screens and reacting to things that weren’t really happening because they hadn’t been put in yet by the CGI team. I suppose those would be the hardest days but none of it was really hard because we were having such a good time so it wasn’t that difficult. When I have to perform in a scene like that where I’m reacting to something that isn’t really there I just sort of play a loop of the scene in my head that shows what I think I’m supposed to be looking at. I’m able to create an image in my mind of what’s supposed to be there and then I can concentrate on it. I’m kind of an “Eye” actor so I think it’s important for the camera to look into my eyes and register the thoughts that my character is supposed to be thinking so I try to keep all of those thoughts in my mind as I’m running that loop of the scene. Does that make sense?

HNN: It certainly does and it just attests to how good a actor you are. In my mind you’re one of the greatest character actors of your generation.

HNN: And while I don’t want to make any of this sound like you’re old or anything like that I have to make mention of how much work you’ve done over the years. You’ve appeared in everything! 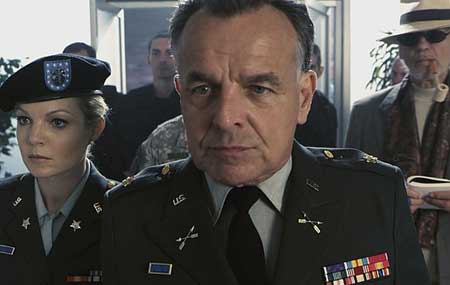 HNN: Wow…it’s like you’re always there in something I’m watching. I see you everywhere yet I’ve never put years to that. I just think “There’s Ray Wise again”.

RW: I haven’t put years to it either. I like to keep working so I go from project to project and I like to keep that momentum going on a daily basis. I’ve had a really good career over the last 44 years, a couple of great highs and not too many lows so I’ve had one of those good careers and I feel very fortunate and very lucky to have had some of the projects that I’ve done and I just want to keep working on a consistently level basis. I still look OK and I try to keep myself in shape, I have fairly good genetics I think. My mom is still alive and she looks great at 90 so who knows, I might have another 25 years doing this stuff in me!

HNN: You’ve mentioned what a great time you had working on the movie with Mike Mendez and now I see that you might be working with him on another project soon?

RW: I think Mike is a fine filmmaker and I hope he gets a bigger budget for every project he gets because he’s good, I love his mind and the way he thinks. I couldn’t speak more highly of a director, he did a great job on our film especially with all of the restrictions he had to work under. I’ve told certain directors I’ve worked with in the past like David Lynch that we have a lifetime contract and whenever they need me for a project they’re working on they can call on me anytime and anywhere. I feel this way about Mike, if he needs me, then I’ll be there. I just like his whole approach and I like the way he lives his life so I guess it can’t get any better than that. 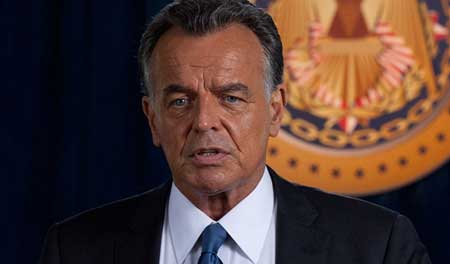 HNN: Coming from an actor of your stature that’s heady praise indeed. I’m sure he feels really good about that.

HNN: Looking over your bio I noticed you have a fascination with the character of Dracula. Where did this come from and do you think you’ll ever get to play that storied role one day?

RW: Well when I was 10 years old I got a first edition of Bram Stoker’s Dracula which had a great influence on me, I just kept reading it over and over. I’ve always felt like it cried out for a real treatment, a real movie based on Stoker’s book and some of them have come close. I liked (Francis Ford) Coppola’s version of it, there are a lot of elements of it that are faithful and true, his is probably the closest to the book. I like some aspects of John Badham’s version of Dracula with (Frank) Langella and (Laurence) Olivier, I liked a lot of the Hammer Dracula films as well, Christopher Lee was a great Dracula. But I still don’t think the definitive Dracula film has been made and since I’m half Romanian I have an affinity for that country and for the Carpathian Mountains in Transylvania. And when I read the description of the character in the book I can’t help but think that he looks like me with the description of his aqualine nose and my hair is getting whiter as I speak so I would like nothing better than to make a definitive Dracula film based on Stoker’s novel.

HNN: I hope that dream comes true for you sir!

RW: You know I was in Romania making a film back in 2002 and Robert Englund and I went to Dracula’s castle one day to take a tour. It was Leland Palmer (His role in David Lynch’s Twin Peaks) and Freddie Krueger set loose in Dracula’s castle!