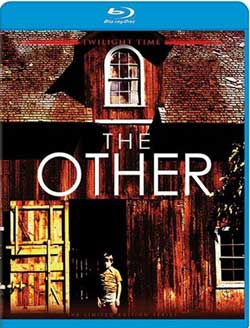 Down in the farm country of the US twins are born. One of them turns out to be good, while the other becomes rather evil.

Robert Mulligan’s The Other (1972), based upon the 1971 novel of the same name by author Thomas Tryon who also penned the film’s screenplay, is a gem of a film. Once a staple of weekend independent television station airings in the late 1970’s which I only caught glimpses of, I managed to finally see it in its entirety on August 17, 1985 on an early morning television airing while visiting my grandmother just after she purchased a VCR.  It was one of the first movies that I ever recorded.  The film seemed to be all but forgotten until it received a VHS release in 1989.  The limited resolution of this now defunct format only hinted at the wondrous creepiness that prevailed in cinematographer Robert Surtees’s framing.  A DVD release followed in 2006 and was a huge improvement. 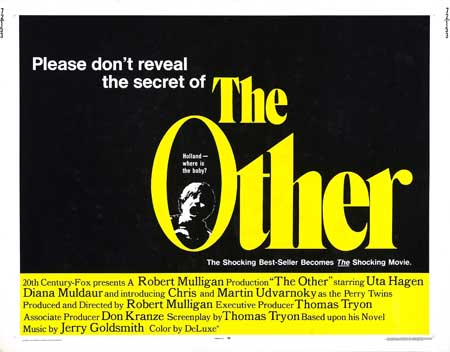 September 2013 saw the Blu-ray release by Twilight Time, a phenomenal company that makes films available on this high definition format in a limited pressing of 3,000 copies.    Coming on the heels of director Mulligan’s adaptation of Herman Raucher’s Summer of ‘42 (also lensed by the late Mr. Surtees), The Other is a tale of what on the surface appears to be supernatural horror but is in fact one of deep-rooted psychological drama, the sort of film that takes its time in slowly building up mystery and revealing the truth.

Released on Friday, May 26, 1972, The Other is set in 1935 (just like the novel), however I found it curious that a supporting character played by John Ritter claims that Murder in the Blue Room is playing at a local theater, which was made in 1944 – may have been an error.  Niles and Holland Perry (Chris and Martin Udvarnoky) are twin brothers who get into the usual trouble that young boys find themselves in while living on the family farm.  Niles carries around a metal box with trinkets inside the way that young children do when they are mesmerized by items, however one of those items appears to be a human finger. 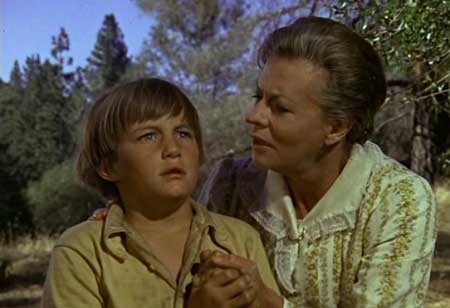 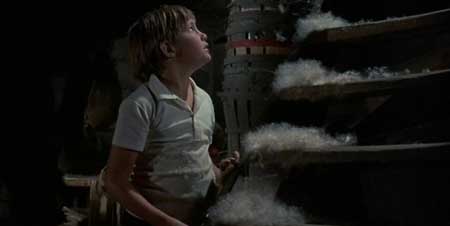 A tragic accident involving one of their cousins and a misplaced pitchfork blankets the town with more dread following the untimely death of the Perry’s father after slipping down the stairs in the apple cellar, an incident their mother continues to grieve over.  Grandmother Ada (the late acting teacher Uta Hagen) is a Russian emigrant who talks the most to Niles and teaches him the play what she calls “the great game” which entails him psychically connecting with other people and seeing the world through their eyes.  More tragic events occur after a neighbor has a heart attack following a prank pulled by Niles, and the boys’ mother is confined to a wheelchair following a fall from the top of the stairs.  Niles talks of Holland’s evil ways and all their mother can do is look on in horror, unable to speak.  There are more horrors to come.

To disclose anymore would potentially ruin the effect of watching this unique film.  Like Let’s Scare Jessica to Death (1971), the film is a slow-moving character study and is the sort of film that just isn’t made anymore, certainly not by a major studio.  The late Chris Udvarnoky gives one of the best performances I have ever seen given by a child, and seeing as the revered Uta Hagen was his acting teacher, it shows.  The “great game” that he plays reminded me of Danny Torrance and his “shining” ability in Stanley Kubrick’s titular 1980 film.  Martin Udvarnoky is also quite good in the few scenes that he appears in.  They are both so convincing that even though they dress in identical clothes, it is easy to tell one from the other.  This is also attributed to the excellent editing. 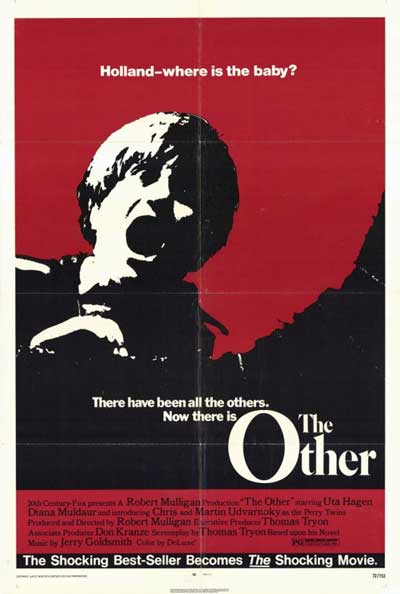 The best feature on this Blu-ray is the isolated score by Jerry Goldsmith, one of the cinema’s greatest film composers.  Supposedly, the original master tracks for the score were thought lost when a soundtrack album was issued in 1997 of Mr. Goldsmith’s score to THE MEPHISTO WALTZ.  The last track on the CD was a 22-minute suite of music from THE OTHER, which of course was not complete but appeared to be all that was available.

Click here to order from the fine folks at Screen Archives Entertainment. 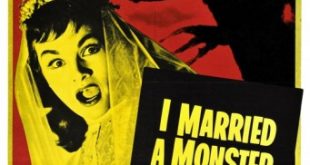 Film Review: I Married A Monster From Outer Space (1958)