Home | You Thought The SHARKNADO Was Deadly? Ha! Wait Till You Experience The SHARCANO

You Thought The SHARKNADO Was Deadly? Ha! Wait Till You Experience The SHARCANO

You all knew this shit was gonna happen right? A flick like SHARKNADO can’t come along and rock the world like it did and not spawn the inevitable copycats. Which brings us to SHARCANO!

Oh wait, did I mention SHARCANO was a novel. Ha! Got ya! That’s right, you’ll have to read SHARCANO!

Still got all the details for you though.

When three volcano’s begin to violently erupt simultaneously you wouldn’t think things could get much worse but when they start blowing sharks made of magma out their tops, things get crazy! Damn, I love this one already!

Written by Jose Prendes SHARCANO sounds like it could be the start of a series as they say it’s not just a stand alone event but the beginning of the sharkpocalypse! Man, that sounds bad.

Author Prendes has this to say about his creation:

“The idea was to write a big, epic Syfy channel-style story, but not worry about budget and silly script notes and pull out all the stops,” says Prendes. “Imagine the best possible version of a sharks-run-amok story and that is what I tried to deliver. While the concept is admittedly cheesy, I made sure the consequences were real and the characters felt like human beings and not cookie cutter cliches. I wanted to write THE STAND meets JAWS, and damn did I have a hell of a lot of fun a long the way!”

You ready for the promo art? I knew you were! 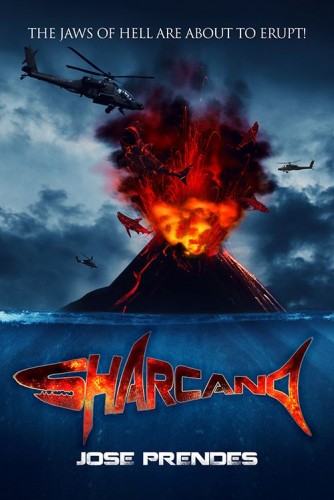 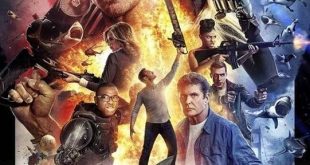 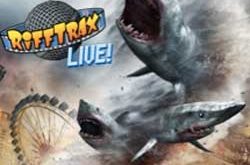