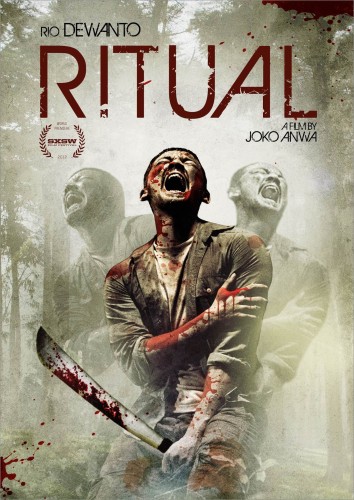 A man must save his two children when they disappear during a holiday in the woods.

Ritual is a film that sort of left me stumped. I’ve watched films where I would know exactly where it was going and I had those same thoughts watching this. The thing was, nothing happened like I thought it would. I was wrong about what was happening.

How is that even possible? An Indonesian horror film I had never heard of actually surprised me. Director Joko Anwar (The Forbidden Door) really crafts a unique experience for the audience which happens less and less often these days in genre films. It’s nowhere near perfect, it stumbles a bit in a few spots, but overall it’s an original tale of a man hiding from a killer in the woods.

This will be a tough a review to write since the film is filled with so many twists and surprises that I would never forgive myself for ruining it for others.

The film opens with the sun shining through the woods when a Man (Rio Dewanto) claws his way out of the dirt having been buried alive. He emerges from the ground confused and lost. He tries making an emergency call but doesn’t remember his own name. He stumbles around the woods trying to find answers and trying to find his missing children and wife who are lost somewhere within those woods.

There is a cabin he takes refuge in only to find a video camera which he plays in order to see the content. The video shows his wife being murdered by an unknown attacker. He has to get as much of his wits together as he can in order to find his children before something happens to them. There is a terrifying truth lying within those woods and every step he makes brings him closer to discovering it. 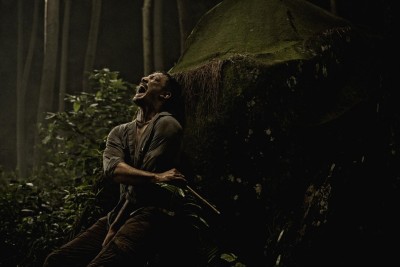 It’s a shame the film is saddled with the generic title Ritual. The title has been used far too frequently and is easily forgettable. The original title, as well as international title, Modus Anomali is much more memorable and unique. The film is an obvious experiment that attempts and succeeds to be more than the average genre movie. For the vast majority of the film, Dewanto is the sole character in it.

The weight of the entire film rests on his highly capable shoulders and his performance is fantastic. You quickly are drawn into this man’s story and Dewanto pulls you into his rollercoaster of emotions with very little to no dialogue.

The fact that the dialogue is so minimal is also a ballsy move to make. You might ask yourself how a film that focuses on one dude in the woods with very little talking could be so interesting? Being precise and making smart decisions has a lot to do with it and Joko Anwar’s confidence helps bring it all together.

There are a few distracting bits that should be addressed, most notably the fact that the Indonesian film was shot in English by a cast who is Indonesian. The broken and sometimes hard to catch dialogue sticks out like a sore thumb.

On the plus side, it’s not a real talky film which helps to minimize the distraction. A few shots drag on too long, almost losing the viewer, but luckily they are saved by some really strong moments. Sadly, when the film is over, there are far too many questions and not enough answers.

Ritual is a brave enough film which breaks away from the mold of what we expect from it. Aside from a couple of minor blimps, it’s an experiment in terror that catches you off-guard quite frequently. The director is confident enough in his skills and lead actor to attempt to be different and it is. It’s interesting enough for me that I want to go back and watch other films by Anwar to see if this is just something new he tried or if it’s his signature style. He’s a director to watch, for sure. (**** out of 5) 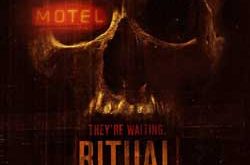 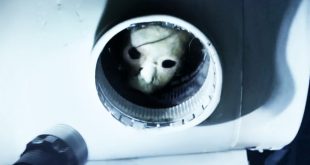 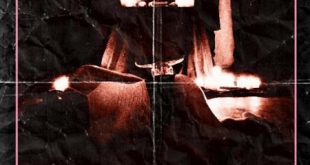