Famed Spanish Explorer Francisco Vasquez de Coronado is heading through what is now modern day Kansas on a mission.

A box containing unknown contents that has been kept sealed under lock and key by the Vatican has been delivered to him to take far from civilization and bury as deep in the Earth as possible, never to be found again. 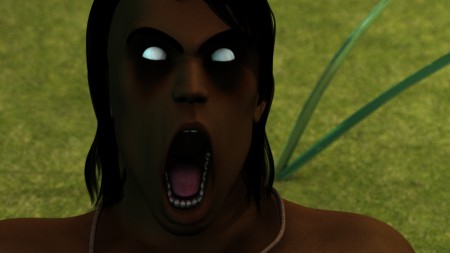 Arksville lies within the forests of Pennsylvania. It is a large town on the verge of being a city. Since the closure of the local coal mine in 1931, and sighting themselves as a ‘get away from it all’ hamlet, tucked into rural Pennsylvania alongside the Susquehanna River the town has thrived on tourism.

Frank Wepps and his family escape from a horrible dark event in Frank’s police work in Pittsburgh, hoping to start afresh in Arksville, Frank has a new position at the Arksville Police Department.

Frank’s superior – Lieutenant Eidalman, a cynical and jaded cop, once idealistic but now just sick of the bureaucracy, control and corruption of the town council.

Chief Gardner of the Police Department is deep in the council’s pocket and in an effort to keep the image of the town pleasant, his department only reports a fraction of the actual crimes. They even occasionally collude with the local crime family which uses Arksville as a conduit for arms-smuggling.

Mayor Adinberry’s only concern is money, and the grand image of the town.

But something is wrong from the start of Frank’s arrival – the feeling someone is stalking his family. Sure enough a figure that has a strange unearthly feel is seen following his daughter – Patricia, and his wife – Lucy.

Soon bodies begin turning up around the town, locals being dispatched brutally and horrifically, mutilated beyond imagination.

What follows in a private manhunt for someone or something lurking in the alleyways and town fringes of Arksville.

Primary suspects being a cult led by a recluse named Harold Dyer, Frank and Eidalman are unable to obtain any proof, and with influence coming into the town from the local crime family, the police’s hands are busy enough.

Working against the town council, the local crime family and the Satanic cult, Frank and Eidalman will have a front-row seat at a showdown between good and evil.

Why am I making The Arksville Homicides?

I have been a story teller ever since I was a child, can’t help it. When I left high-school I took to film making, soon realizing that animation gives me a way to make whatever I like without needing crew, lighting and/or equipment. If I can imagine it, I can make it!

I firstly put together a web-series titled ‘Frontier – Prelude to Darkness’ which ran from 2009-2012 and can still be found on bliptv here.

In March 2012, I teamed up with an ex-WETA animator to create a seventeen minute reboot of my web-series, called ‘Frontier – The Rising Shadow’ and since then I have been putting together the first CG Horror series ever created, called ‘The Arksville Homicides’ based off a story and independent horror I made back in 2001-2004.

This is the story of good versus evil on a grand scale, starting in a seemingly nondescript American town and in the end possibly engulfing the entire world.