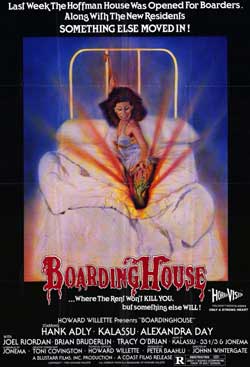 A group of young women rent a boarding house from an oddball named Jim who has telekinetic powers. It turns out that a number of brutal slayings took place in the house over the years, and it isn’t long before its current occupants start turning up dead as well. Is the house haunted by an evil spirit or is there something more sinister responsible for the murders?

I saw the trailer for Boardinghouse back when I was in high school (unless I’m mistaken it was on the old VHS copy of Evil Laugh) and I thought that it looked awesome. It took me awhile to track it down but I finally did almost a decade later, and sadly enough I hated every minute of it. I thought that it was just painfully bad and ended up not even finishing it. A couple of years later I was hanging out with a friend of mine who had a copy of it who went on and on about how it was one of those movies that was so bad that it was good. He insisted that we watch it and against my better judgment I eventually gave in and agreed to do so, expecting to hate every single minute of it. To my surprise though I actually found myself kind of liking it the second time around thanks to the fact that it is super cheesy and really is so bad that it is enjoyable in its own way. I just watched it again last night and even though it’s corny, silly, and just plain stupid at times it’s still a fun little movie and a good way to kill an hour and a half or so if you have nothing better to do. 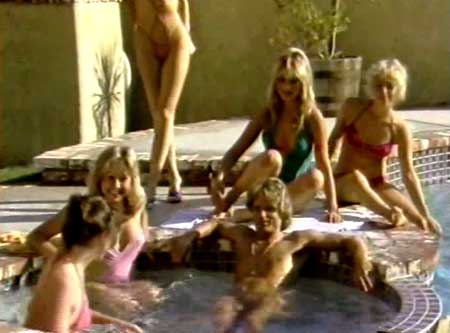 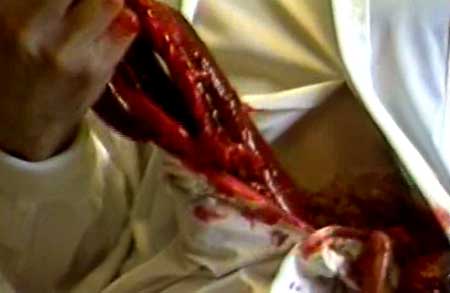 The film is extremely low-budget but it works. I love the fact that it was shot on such a shoestring budget and I think that it is actually one of the film’s main strengths. The footage looks very raw as it was shot on video (it is actually credited as being the first shot on video film that was transferred to 35MM format and shown in theaters) which gives it a neat 1980’s soap opera/p*rn flick feel to it. Much to my surprise though, most of the special effects look pretty good considering the fact that the filmmakers obviously didn’t have a whole lot of money to spend on them. Of course some of the effects look better than others (the scene where the woman gouges her own eyes out is pretty awesome and was without a doubt one of the highlights of the film for me), but for the most part the majority of them look pretty impressive. 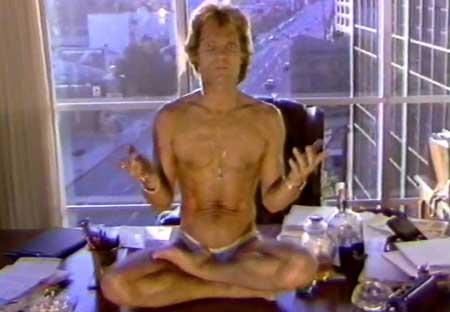 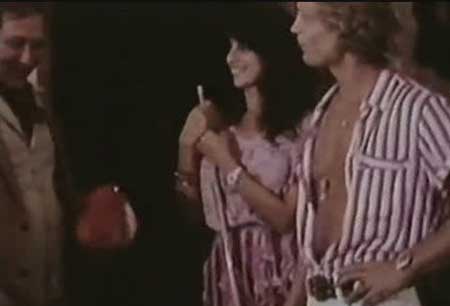 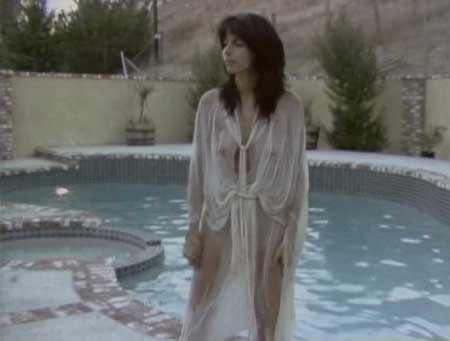 I love the fact that the filmmakers thought to include the whole “horror vision” thing (we are told at the beginning that the film is so graphic and terrifying that we will get an audio and visual warning when things get too hairy so that certain viewers can turn away so they aren’t traumatized by what they see). This warning is made up of a shot of a gloved hand wiggling its fingers while someone taps away on a synthesizer, and couldn’t any cheesier. Of course none of the scenes in the movie would ever successfully bother anyone to the point that they would need a head’s up to avert their eyes to what they were about to see and the whole warning thing is just a gimmick, but I think that it is awesome and adds to the hokey appeal of the movie. Some people may think that it is stupid and pointless, but these are the people who have no business watching this type of film in the first place as they are obviously taking it way too seriously. 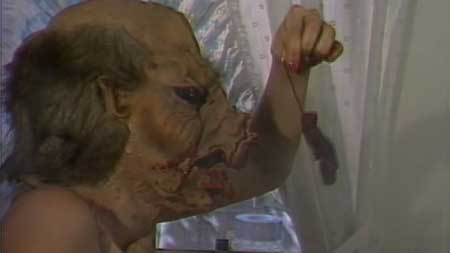 Boardinghouse isn’t for everyone. It’s hokey as hell, the acting is terrible, and the premise is nothing original, but there is something about it that I liked. It isn’t a masterpiece in horror cinema by any stretch of the imagination but it is just a fun little movie. The mistake I made the first time I saw it was taking it too seriously, and if you go into it without making the same mistake you will like it. Check it out and try to enjoy it for what it is: a good old fashioned low-budget cheese fest.