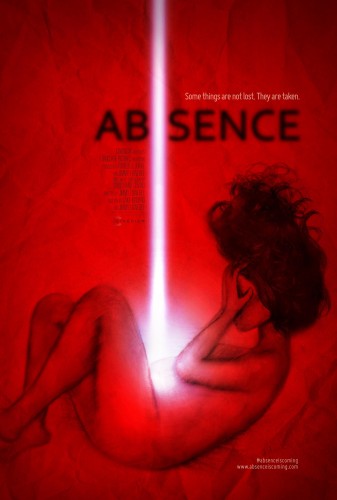 Doctors are baffled when an expectant mother wakes to find her nearly-to-term pregnancy apparently disappear overnight. Police investigate the situation as a missing child, and only her husband and brother trust her version of events.

Absence is just another found footage horror film that has a few really solid moments but ends up being mostly a waste of time. It feels very much like The Blair Witch Project, never even coming close to matching the suspense and intensity of that film. What’s worse is one of the most annoying screen characters I’ve come across in a long time, dominates the film. Since he is the lead character and the story is told through his eyes, we can never get away from him. In fact, there was an Absence of anything that could resemble entertainment in the flick. For a movie with a running time of 80min, it drags for most of it with only a couple of interesting moments. 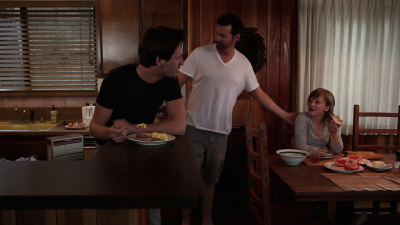 Liz (Erin Wray) has lost her child. Not in the sense that you might think either. She was close to the end of her term, woke up one morning, and she just wasn’t pregnant anymore. There was no trace whatsoever. Together with her husband Rick (Eric Matheny), the whole ordeal has been traumatizing. They were treated like criminals by authorities and the locals would give them weird looks. Her brother Evan (Ryan Smale) has been around for them every step of the way. He’s a college student who is studying film. In his attempts to help his sister through the healing process, he decides to chronicle everything with his camera so he can later edit it into a film for a school project. So, the three of them decide to get a cabin in a small town so they all can get some much needed R and R. Things seem to be going great until weird things begin to happen. At first they chalk it up to coincidence or have explanations. Soon, they escalate to the point where the mystery of what happened to their child may get solved.

Absence had a decent concept that I felt was hindered by the use of the found footage gimmick. The idea is haunting and there was room for some seriously intense sequences if they would have had the money and less constricted by shooting more traditionally. As it stands now, there’s just talking, talking, then some more talking. And what they’re talking about, just isn’t all that interesting. Very little time is actually spent talking or discussing what had happened to the unborn child, which felt like it was lost in the nonsense. While the character of Liz was strong and multilayered, we have to spend far too many moments with Evan, who is just an obnoxious character. He tries to be a constant jokester, keeping things light. Instead, all I could think of in my head was how to get him to shut up. 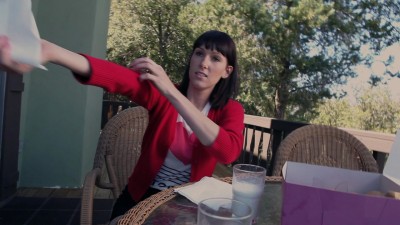 The found footage gimmick leaves you feeling really underwhelmed. From a filmmaking standpoint, it does look good. The shaky camera trick wasn’t overused nor do you get the feeling of nausea when watching it. Some folks can’t handle the jittery camera but it’s never used too much. The scenes were well lit when they called for it and what little effects work there was, looked really nice. The terror scenes that do exist in the film were well done, there was just never enough. The best shot in the entire film comes halfway through the end credits.

Absence wasn’t a bad film, just a slow moving one whose gimmick outstayed its welcome a long time ago. The acting was very good which gave way to some nice character moments. I really feel that the gimmick is what held the film back (as well as the budget). If it was ever possible to explore the same ideas with a more traditional narrative, I’d be the first in line. I can’t completely recommend the film but I won’t NOT recommend it. Someone may enjoy it for what it is, but for me, it just never works. **(out of 5) 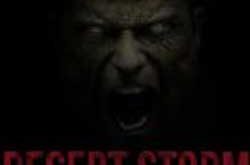 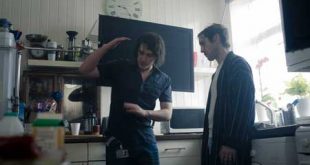 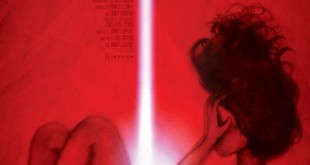 A New Clip For ABSENCE Shows Up