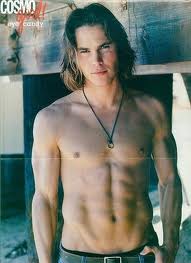 Just this afternoon at 2pm Pacific Time, Disney announced their next project – a re-imagining of Tarzan starring Taylor Kitsch in the title role, to be directed by a first-timer from TV commercials, scheduled to be shot in Kauai doubling for Africa, with an initial budget of $1 billion dollars (expected to balloon to $1.1 billion with mandatory cross-platform marketing costs).

Johnny Depp was set to star — until this past Monday at 9am Pacific when the studio pulled the plug.  Jason Scott Lee was also explored, but the director threatened to walk if they cast him.
The film is scheduled for release in 2017 — it will take 30 visual effects houses all working independently a full four years to add the computer-generated wild animals of various sizes and shapes to empty jungle background plates planned for Kauai.
UPDATE – 2:45pm PDT:  The studio just realized that Taylor Kitsch films lost $450 million last year alone, that TV commercial directors make utterly terrible films, and that Kauai will never pass for Africa.
Also, after the outgoing 2pm announcement (5pm on Wall Street), Disney’s major investment bank holding until forecasted losses of $885 million.
UPDATE – 5:15pm PDT:  This project has just been put into turnaround.
Share