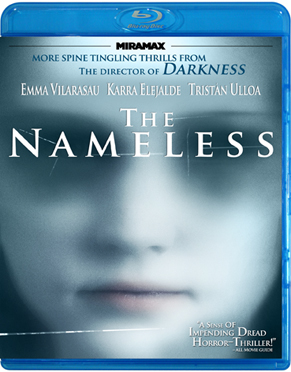 A bereaved mother, struggling to come to terms with the murder of her daughter, begins to suspect that a depraved secret cult may have been involved.

Adapted from Ramsey Capmbell’s 1981 novel, this Spanish thriller is intriguingly plotted but slackly directed by Jaume Balaguero and never really develops the requisite sense of dread or evil.

When this film passed across my desk for review I pondered whether I had already seen it some years previously; the Ramsey Campbell association certainly rang a few bells but as the film started I struggled to remember any of the scenes or characters. It wasn’t until the film’s climax that I realised I had in fact seen it before and that in a nutshell is what is wrong with THE NAMELESS: there just isn’t anything memorable about it. 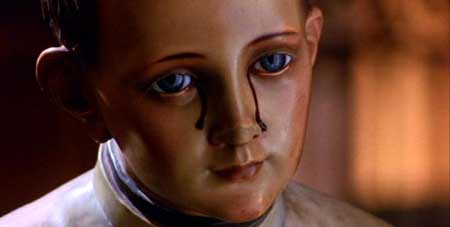 Emma Vilarasau plays Claudia who at the start of the film is informed, along with her husband, that the police have found the horribly mutilated body of a young girl and that they have reason to suspect it is her missing daughter Angela. Six years later, and with her marriage having broken up, Claudia is finding it no easier to deal with her loss. Then one evening she receives a phone call from someone purporting to be her dead daughter.

A good solid premise then, if not startlingly original. The film then follows Claudia’s investigation into whether her daughter may actually still be alive. She is aided in her quest by the (now retired) detective Massera (Karra Elejalde) who had led the original police inquiry. Together the two of them begin to piece together information that leads them to the conclusion that a cult of psychopaths and sadists is operating secretly in Spain and probably beyond with the purpose of abducting children for horrific, depraved rites.

Along the way Claudia is menaced by a thuggish former boyfriend Toni (Pep Tosar) who still harbours an unhealthy level of interest in her, but is assisted by Quiroga, a reporter (Tristan Ulloa) on the staff of sensationalist magazine about the paranormal. She is also obliged to visit the former head of the cult, Santini (Carlos Lasarte), an unsurprisingly creepy old man with a disfiguring skin condition, who is now incarcerated in a maximum security prison but who may hold vital information about her daughter.

Director Balaguero is one of the leading figures in the recent wave of Spanish horror movies and he’s enjoyed significant success, particularly with the REC series. THE NAMELESS was his debut feature however and I think it’s fair to say he was still searching for a visual style because it is a very drab looking film. I appreciate that he was probably aiming for a downbeat look to match the sombre and increasingly malevolent tone of the narrative but the outcome is more dull and gloomy than oppressive and evil. 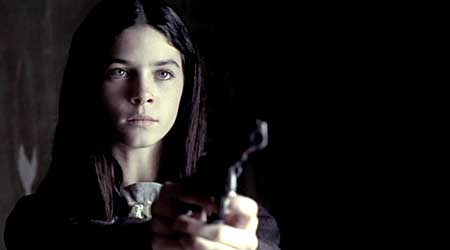 There are greater problems with the script. In adapting Campbell’s novel, Balaguero has successfully imported the themes and major plot points but the script itself suffers from a terrible excess of exposition. One of the cardinal sins of film is to merely tell the viewer that something has happened, rather than showing them and this film is guilty of that on innumerable occasions. I lost count of the number of scenes where various combinations of Claudia, Massera and / or Quiroga are either sat down listening to someone impart information to them or are themselves reporting back information they have been given. Okay, the film is about an investigation but it’s handled really badly. If you consider Alan J. Pakula’s Watergate thriller ALL THE PRESIDENT’S MEN, that film is also about a dogged investigation but it’s hugely tense, exciting and dynamic whereas Balaguero’s film, bogged down as it is by endless expository dialogue, is flat and static.

I think the net result of the film’s visual and structural problems is that it feels curiously uninvolving, despite its story. You never get a sense that there is a real world outside of the locations that the characters inhabit or that the any of the events taking place are connected to anything other than themselves. That’s not necessarily problem in itself or at least not if you’re dealing with a fantasy world but when your film concerns a nationwide, and possible global, conspiracy to abduct, torture and murder children there needs to be some sense that an outside world exists for them to prey upon and threaten. There is no sense of that in THE NAMELESS. 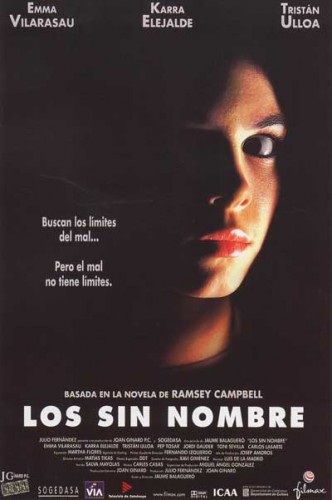 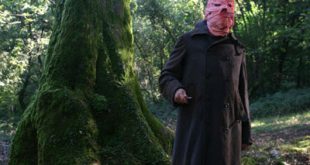