Richards former business manager Eric Branden announced his passing on Facebook and the fan out pouring has been immediate and huge. The cause of death has not been announced but it appears to have been very unexpected. Richard is known by horror fans around the globe as Jason Voorhees but not just any Jason, the first Jason to wear the trademark hockey mask.

Mr. Brooker had a varied and distinguished career behind the camera as well working as a stunt man and also directing numerous episodes of Bill Nye the Science Guy. He also won a Primetime Technical Emmy for his development of the Vid-Wave Boxx.

On Facebook he was known for posting his beautiful sunset pictures most every night bringing joy to all who had followed him.

RIP, the horror genre thanks you. 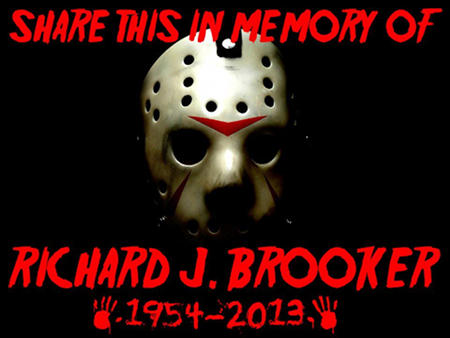