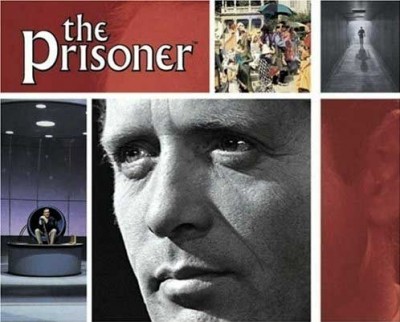 Howard Zimmerman summed it up nicely in Starlog magazine way back in 1978: “The Prisoner is a show steeped in paradox. It is one of the most exciting series ever produced for television, yet at the same time, watching it can be an extraordinarily frustrating experience. Why bother to watch a show when the action is misleading, the conclusions inconclusive? Because it is provocative, stimulating and thought-provoking.” It remains fresh and popular four decades later because of the intrinsic value of its vital message. It’s a video puzzle which, despite its refusal to fit together, will forever alter the way you perceive both government and society. 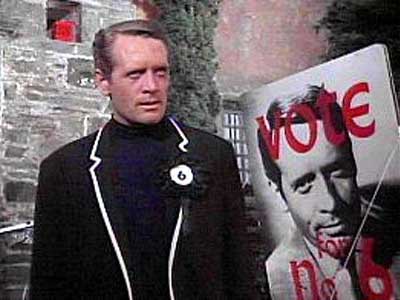 Patrick McGoohan, creator and star of the seventeen-episode series, explains both motivation and message: “I think we are being engulfed by a scientific and materialistic world. How free are we? The series was posing the question, has one the right to tell a man what to think, how to behave, to coerce others? I was concerned with the individual and his liberty. Has one the right to be an individual?” The show’s central character is never identified or ever given a name. We only know that he is some kind of government agent who has angrily resigned his position over an unknown dispute. While packing his suitcase, however, he is unexpectedly gassed and awakes in a place only known as The Village. 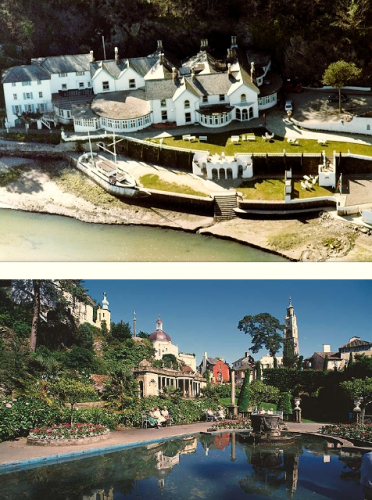 The Village is an idyllic setting if there ever was one. The quaint cottages, the homey shops, the landscaped winding pathways, the almost mystical blend of architectural design, the blossoming garden of its central plaza with its splendid fountain, and its oh-so-blissful inhabitants. Quaintly costumed, ever smiling, they move cheerfully to-and-fro in constant greeting. Their gracefulness and unhurried pace seems to hint of some hidden ritual. This is The Village – it is a world of nightmare. 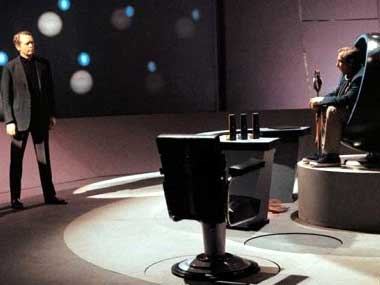 McGoohan, as The Village’s new arrival, stubbornly refuses the status quo, locking horns with the powers-that-be in a desperate struggle to maintain his personal identity. Ultimately, then, this is the only war worth fighting. The only belief truly worth dying for. The series insists that our greatest single treasure is our very soul, our own sense of selfhood. Without that, there is no vision, and without vision, there is no hope. Without individuality, life becomes a hollow mockery. 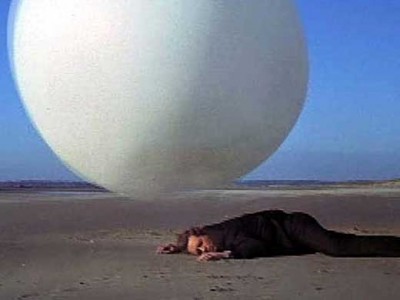 All of life’s material desires are comfortably supplied here. The free room-and-board is of such a nature as to eliminate poverty, want, or class distinction. It is a moneyless society, where business is conducted by the deduction of banked credit units. Robbery and theft are extinct here – as is personal identity. Inhabitants are known only by assigned numbers, which are worn on one’s lapel or blouse. Geographically, there is complete isolation – escape is not possible, and is soundly discouraged by the town’s official ‘policeman’, a monstrous balloon of eerie artificial intelligence and a decided inclination to suffocate offenders. The price for residency is established by The Village governor, Number Two. All that is required is compliance and conformity. Hence the now-famous battle cry, as McGoohan refuses his designation as Number Six, shouting defiantly in the face of overwhelming opposition: “I will not be filed, stamped, indexed, briefed, de-briefed, or numbered! I am not a number – I am a free man!” 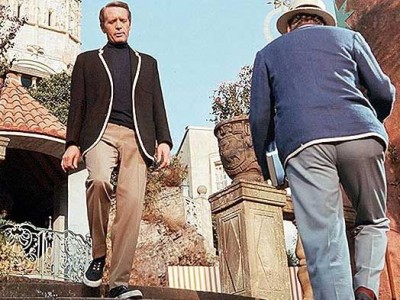 Most science fiction buffs are well-aware of The Village. More than four decades ago, in 1967, television viewers were introduced to it via The Prisoner. Subsequently, viewers were little less than stunned by the premise. This was neither conventional drama nor standard adventure. Rather than insulting our intelligence, The Prisoner challenged our intellect. Instead of soothing the audience, it stimulated them. It was a tale of paradox and riddle, of questions and confusion, of intriguing parable-like symbolism. It stands firm as one of the most genuinely unique series ever televised. The originality of its concept and talented execution has been rarely, if ever, paralleled. 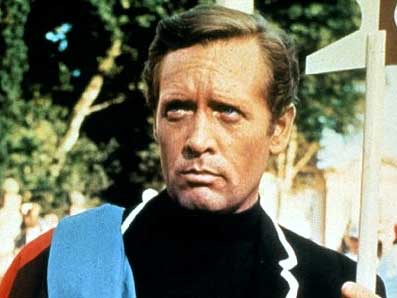 Numbered existence alone, of course, is not a new concept. Science fiction has for decades predicted such a future society devoid of real humanity, wherein mankind is mindlessly clone-like, stripped not only of our free-will but of independent thought itself. Australian Leo McKern, one of the few recurring actors in the series, recognised this readily: “We are all prisoners in some form, even to ourselves. We are all developing into technological robots.” This strikes a more threatening note. The near-future fate of our race as depicted in George Orwell’s Nineteen Eighty-Four and George Lucas’ THX 1138 (1971), in which we surrender ourselves to chemical complacency, or the far-future fate as depicted in Planet Of The Apes (1968) and H.G. Wells’ The Time Machine, in which we buckle under the subjugation of inhuman masters. Are they mere concepts advanced by implausible fiction? Or are they already happening, behind the current events of today’s headlines?

Number Six meets defeat at every attempt to escape The Village, not because The Village is an inescapable fortress, but because there truly isn’t any place to escape to. The Village is everywhere, its world is ours and like it or not, we’re all residents. No where is this more apparent than in the closing moments of the final episode. Seemingly free at last, Number Six attempts to hitchhike southward, then crosses the street and looks for a ride in the opposite direction. Soon after, the front door of McGoohan’s home opens of its own accord, accompanied by the familiar electronic hum of a typical Village door. It doesn’t matter which direction you travel, it doesn’t matter where you move, live or work. It doesn’t even matter if you try to go ‘home’. You are always, only and forever, a resident of The Village. No matter where you go – there you are.

Which leads us to the final question: Who is Number One? McGoohan’s answer proved decidedly unpopular. When the final episode aired in England, avid followers became so enraged that McGoohan was forced to flee for his life. Only after weeks of hiding did he feel it safe enough to emerge and, while fervor still raged, it had at least settled down to less lethal proportions. 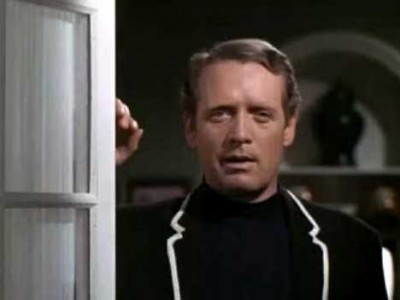 Who is Number One, or is there even a Number One? Who, ultimately, is minding the store, calling the shots, running the show? Do we actually have a bonafide single leader? Or are we governed by the conglomerate corporations of this world, by some mysterious committee whose elite membership, fueled by wealth, decides which wars shall be won or lost, which puppets will be placed in power? As witnessed in the episode Free For All, the entire process of leadership – even in the case of supposed free elections – is a complete sham. It doesn’t matter who rules or who claims authority, nothing really changes, the song remains the same. 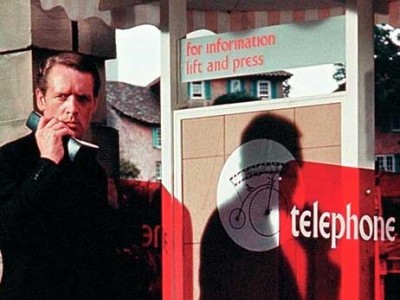 In the ultimate episode Fall Out, we are taken to the underground chambers wherein dwell the parliament behind The Village. As Number Six is taken to meet Number One, our first hint is given as he passes a statuette of himself. Our second hint is the revelation of an all-seeing computer that we are led to believe is Number One. But the real Number One is found lurking in the control room above. Number Six unmasks the hooded figure revealing an ape mask, and underneath that mask is the face of McGoohan himself. The ape, allegorically, is our Id – the subliminal urges which dwell deeply within our primal selves, our lower nature. In the final analysis, each of us are undeniably Number One. It is inherently stamped in our very nature. You are Number One – that is the terrible secret of The Village, the answer to the ultimate question, the mystery that Number Two is sworn to protect. The true conflict is within, we are our own prisoners, we are our own worst enemies. 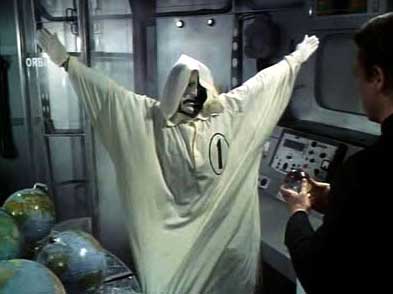 Arguably, this is revealed to us during the opening credits of every episode of The Prisoner, when McGoohan asks “Who is Number One?” the reply is always “You are…Number Six!” And it’s on that thought-provoking note that I’ll ask you to please join me next time when I have the opportunity to present you with more unthinkable realities and unbelievable factoids of the darkest days of film and television, exposing the most daring shriek-and-shudder shock sensations to ever be found in the steaming cesspit known as…Horror News! Toodles!