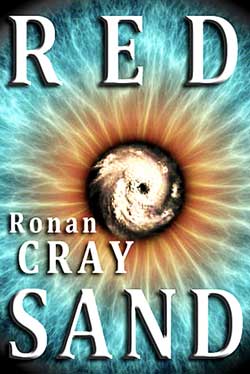 On this island, there are no survivors. Lost meets Treasure Island in this riveting account of castaways on a desert island hunted on all sides. A rare blend of breathtaking action, deep character development, corporeal horror, and a believable story line brings this all too realistic modern adventure to life. When the cruise ship Princess Anne sinks at night in the middle of the Atlantic, strange, white-haired natives pluck seven survivors from the water. Delivered to a barren volcanic island and forced to work, the survivors disappear one by one as the natives, and the island turns hostile. Plagued by betrayal and revolt, the native society crumbles as a hurricane threatens to resurrect the island’s deadly secret. With time running out, alliances form and break in search of the last option – escape! If you miss Lost, don’t miss Red Sand.

Island survival horror, as small as that particular field may be, tends to be some of my favorite literature. I loved the ideas presented in Brian Keene’s Castaways and gobbled up the almost six-hundred pages of Island by Richard Laymon. Therefore, when given the opportunity to read and review Red Sand by Ronan Cray, I pounced on it immediately. Not only was the short novel reminiscent of the scarce horror genre I so love, but it came from an undiscovered author as well. Eagerly awaiting the book in the mail, I slowly built my hopes up until I had Red Sand sitting on a figurative pedestal alongside such greats as Pet Semetary and I Am Legend.

While it may not have been an instant classic like those novels, it was a great read, especially considering that Mr. Cray is new to the field. That certainly can’t be told by reading Red Sand though. I found very few errors (which is uncommon in debut novels) and was plenty surprised by how engaging the story was throughout. I found it to be a mix of Scott Smith’s The Ruins and Richard Laymon’s Island. There are bits of humor here and there that serve up some good chuckles at the right times, but most often the atmosphere around the characters is filled with a tense fear that goes unabated until the very end.

The characters were fairly well created, although a few never get much of a chance at being fleshed out. That’s okay though, because most often that character isn’t going to be around long enough to care about anyway. Mr. Cray finds some interesting ways to kill his survivors off. Those who read the book will know what I mean when I say that Lauren‘s death really took me by surprise.

Although I myself have never seen Lost, I am told by others that I’ve shared the novel with that it does indeed offer homage to the series. Regardless, I found myself easily entertained all through the 190 pages and actually ended up reading the whole thing at once. After the first few pages, I simply did not want to put it back down. The dialogue is immediately inviting and the reader is sure to enjoy the diversity of characters.

I still cannot believe that this was Mr. Cray’s only novel. Everything was very professional and it’s easy to see the potential for a future fan base if the author decides on writing a second book. Overall, it was quick, engaging, and just sheer fun. For fans of Laymon, Keene, Smith, or the Lost series, this is a must-have, especially with such a cheap price tag.