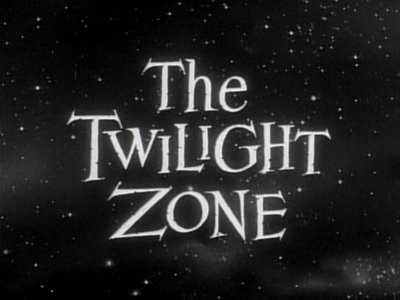 “There is a fifth dimension, beyond that which is known to man. It is a dimension as vast as space and as timeless as infinity. It is the middle ground between light and shadow, between science and superstition, and it lies between the pit of man’s fears and the summit of his knowledge. This is the dimension of imagination. It is an area which we call the Twilight Zone.”

Functioning as a complete stem-to-stern episode guide for Rod Serling’s iconic and groundbreaking dark fantasy morality tale television series (which ran 5 seasons from 1959 to 1964), the book will also contain interviews and essays with celebrities of every kind, from every corner of the pop culture spectrum, citing their personal favorite episodes and the effect they had upon them personally and professionally.

“THE TWILIGHT ZONE is my favorite TV show of all time,” says Alexander.

“But more importantly, it is an example of the influence of a man who in my estimation – and many others – is one of the greatest American writers, Rod Serling. THE TWILIGHT ZONE wasn’t just a three act, half hour horror program, it was concentrated poetry, soulful observations on the folly of the human condition that used the fantastic to sell that soul. It was a portal in which Serling exploited to secretly change the face of not only genre filmmaking but in many ways, mankind. To be able to write this book is a gift and I hope I can do a small part in honoring Serling’s memory and legacy.”

THE TWILIGHT ZONE LEGACY will be published by Bear Manor Media in early 2014.