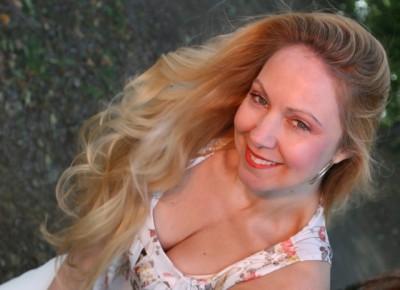 Produced by Siren Tales Productions and Villanovision Films
What is Trakked about?

Trakked starts out where a woman (April) gets pushed into a hastily moving relationship with a younger man (Troy) where it turns out to be less then her dream come true romance. She’s computer savvy for a living and uses her skills to deal with the negative situation at hand, and not thru social networking. She casts Troy out into the street but keeps a part of him with her as he maneuvers through his next endeavors and relationships. It’s a dark dry humored psychological sci-fi story with horror elements. The cast delivers it with realness but the story itself has a ridiculousness to it that leaves you laughing and draws you in to wonder what will happen next. Well at least we hope. 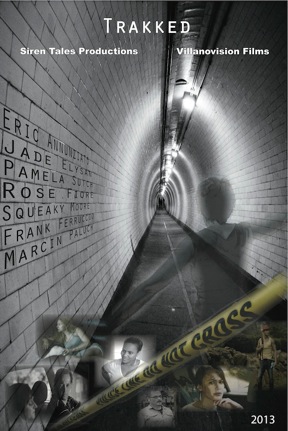 What inspired you to write this particular story?

I’m inspired by what happens around me and the characters that have passed by me in life. Fragments of so many different situations can find a place in this film. No shortage of material there. Dis-functions of people and the world can a lot of times be negative but somewhere in the end leave you laughing. But the story itself is inspired by the ever changing evolving world, technology and the possibilities of what can happen next.

How difficult is it to work the triple threat (writer,director,actor) for
Trakked?

I would never be able to direct all of the scenes that I’m in, so my partner and I, (Rob Villano from Villanovision Films) have joined our skills together to create a lot of the scenes. Also, his cinematography and editing will most likely take this movie to a different level. We’ve also been Very Fortunate to get an entire cast of professional actors that believe in our project and are so perfectly fit for each role at hand. You’ll hear more of them in the near future.

But yes it’s very difficult making any movie and maybe more so with an independent where you can’t rely on a large crew focusing on every detail. We thank everyone; cast, crew and outsiders that have stepped in to help us with the making of this movie so far and hope to get more support from campaigning on indiegogo.com coming soon.

Tell us about your character in Trakked?

I’m playing the “April” character. Her curiosity gets the best of her which ignites a domino effect of events to occur. She’s intelligent and crafty, but did curiosity kill the cat? The main character in the movie “Troy”, who is a “Hot clown for a profession” is played by Eric Annunziato, with Jade Elysan co-starring as Sheela.

What was your proudest moment during filming?

The proudest moment didn’t happen yet because we’re still filming. But I’m pretty sure it will be “the Final Scene” 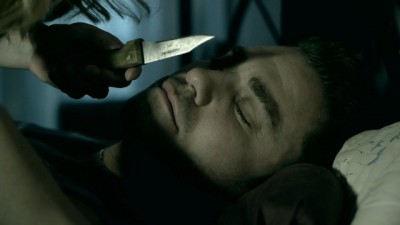 Do you have any cool “behind the scene” stories from making Trakked?

How did you get involved in making movies?

It just evolved over time. With my background in performing arts, and then visual arts, I’ve been the type of person that has to get up in the morning and always have some kind of dream to follow. No matter how big or small, It keeps me alive and young.

Who is your creative inspirations?

I don’t have a personal creative inspiration but I’ve always been drawn to indie movies that are just “a little off”. The character driven ones with the dry humor and ridiculous situations. Just to name a few, Edward Scissorhands, Fargo, Pallbearer, Killer Klowns from Outerspace are all oldies but goodies.

What is your favorite horror movie?

Every interview always asks that question. So I refuse to answer it…lol. But I liked Stephen Kings, “The Mist” movie from a few years back. I really liked the church lady role.

Where are people going to be able to see Trakked?

We’re going to first submit it to the film festival circuit and get a feel for the reaction to it. Then if it creates a buzz and has a competitive edge, we’ll be in the market to get a Quality distributor. 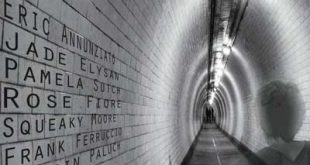