‘Do Not Watch’ This film! 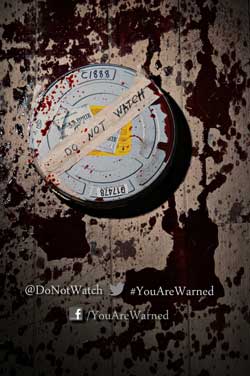 Right off the heels of Academy Award Nominated Producer Stuart Benjamin acquiring his post-apocalyptic suspense film, ‘Something in the Dark’, writer Ryan Toyama sells another high-concept horror script. This time he teams up with the producers of ‘Captured’ (2013), JP Ouellette and Dylan Matlock, to bring his newest project, ‘Do Not Watch’, to the big screen.

While specific plot details are tightly under wraps, ‘Do Not Watch’ aims to turn found footage horror on its head. The film reinvents the genre as it delves into the depths of the human psyche, showcasing the effects of reckless curiosity and the uncontrollable madness that follows .Producer JP Ouellette stated, “All I can say is, ‘Do Not Watch’ will live up to its title. You’ll wish you heeded the warning — This is evil personified. No doubt the most terrifying script I’ve ever read.”

This production will feature some of the best new talent, as well as one major film icon to play himself in this uniquely Hollywood horror story.

Shooting commences on February 18th in Los Angeles, and due to the new filming style, a large portion of the film’s rough cut will be completed on-set. “It’s quite exciting,” producer Dylan Matlock said, “dealing with the energetic process that involves post-production to occur simultaneously with production.”

What is truly amazing about this new filming technique is that ‘Do Not Watch’ will be ready for screens late Summer/early Fall, the same time ‘Captured’ is set for its release, making it a very frightening time for movie lovers to enter the theatre.

Tags Do Not Watch Stuart Benjamin