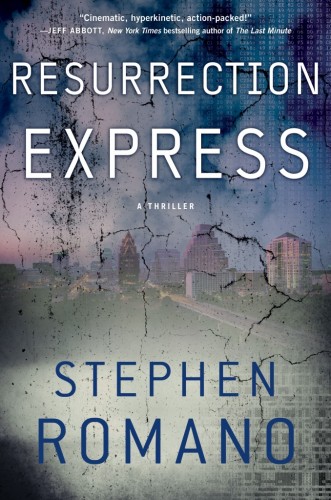 Resurrection Express is a gritty, innovative thriller that will undoubtedly keep you in your seat.  Set in the heart of Texas, the story is one of action, betrayal and intrigue.  It’s a fast-paced page turner and you won’t want to put it down.

The story opens with the likeable character of Elroy Coffin, who is one of the best high-tech thieves the nation has ever known.  For the past two years, he has been incarcerated for a job gone bad.  It’s been a miserable two years for him by the revelation of his wife’s murder while he has been behind bars.  One day in prison, his life will be forever changed.

Coffin has an unexpected visitor one day who offers him his freedom if he will do another job for her.  When she says she can give him proof that his wife is still alive, he can’t say no.  The job seems easy in the beginning, but it’s definitely more than he bargained for.  He is quickly pulled in to a secret, brutal underworld where he is forced to run for his life.

The book is graphic, yet captivating.  It should appeal to anyone who loves action and suspense.  Romano does a very good job of the plot lines and setting up the story.  Never knowing what is coming next is one of the best parts.  His storytelling is both fast paced and thrilling.  It’s full of adventure

Resurrection Express is Stephen Romano’s debut novel.  No stranger to the genre, Romano is an award-winning author, illustrator, designer, and screenwriter.  Projects include an adaption for Showtime’s Emmy Award-winning Masters of Horror  series.  If this is his debut novel, I can’t wait to see what he has in store in the future. 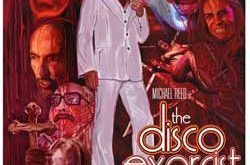