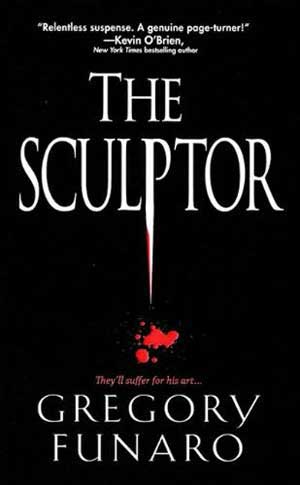 In 1981, Thomas Harris wrote a novel entitled “Red Dragon” and a monster was created. I’m not just referring to the character of Hannibal Lecter — who went on to star in three more Harris novels, most famously “The Silence Of the Lambs” — but the official birth of the serial killer genre of fiction. Even though Dr. Hannibal Lecter was not the primary character in “Red Dragon”, he became the one most readers remember after reading this intense novel.

Ever since Harris started the ball rolling on the serial killer genre there have been countless books and imitators creating their own ‘monster’ serial killers. With each new release, it seemed the authors entering this field were seeking to top each other by creating more horrific methods of murder and coming up with clever techniques and motivations for their fictional killers. Unfortunately, with very rare exception, no author has really been able to match the literary success of Thomas Harris’ novels and the results are typically cardboard thin characters and clichéd plots.

The release of Gregory Funaro’s debut novel, THE SCULPTOR, included a blurb that read: ‘It reminded me of why I loved “The Silence Of the Lambs” so much.’ That was high praise indeed and made me eager to read the novel to see if the end result lived up to that claim. I am pleased to say that Funaro’s novel is clearly a cut above (no pun intended) many of the other serial killer novels of the past few decades. He has successfully created a chilling atmosphere, believable characters with levels of complexity and depth and a serial killer that is horrific enough to unsettle the sturdiest reader.

When a famous NFL player goes missing the nation is stunned — especially since it occurred before his team’s appearance in that season’s Super Bowl. No one could have predicted that he was abducted by a serial killer with a vision of both horror and beauty whereby his victims become part of his ‘art’. In the case of Wide Receiver Tommy Campbell, he is posed along with parts of a young boy and a goat to reenact the infamous Michelangelo statue – Bacchus.

When the ‘statue’ is found – horror spreads through the media when Campbell is uncovered as being part of this madman’s creation. No one is more stunned by this than Art Historian, Cathy Hildebrandt. Hildebrandt became famous with the release of her novel, “Slumbering In the Stone”, which focused on the sculptures of Michelangelo. The killer, shortly thereafter given the moniker ‘The Sculptor’, not only uses Hildebrandt’s book as his inspiration but actually dedicated his version of Bacchus to her. Hildebrandt is asked by the FBI to assist with the investigation and is teamed with Special Agent, Sam Markham. Markham quickly falls for Hildebrandt and soon realizes he may be the only one who can protect her as the fear that The Sculptor may have her in mind for one of his ‘creations’ remains a constant threat.

When The Sculptor begins work on his next creation, his version of Michelangelo’s The Rome Pieta, Hildebrandt and Markham continue to scramble for any clues that could lead them uncovering his identity before he can victimize any more subjects for his horrific vision. As is the case with most serial killers, The Sculptor is a man-made monster — mostly through years of abuse at the hands of his own parents. The Sculptor is not just obsessed with his art but has also become quite adept at methods of disfiguration and preservation of dead bodies that allows for his creations to be painted and posed as near-perfect recreations of Michelangelo’s sculptures. For him, the medium is also the message. The question that looms over the entire novel is whether or not Hildebrandt and Markham can decipher The Sculptor’s messages in time to stop him from completing his ‘masterpiece’.

Gregory Funaro does a great job of keeping the pace at a high level and never letting up on the tension. The Sculptor is very complex character and the horrors he is creating are truly the stuff of nightmares. Thankfully, the reader is kept guessing right up until the final chapters as to the intentions for the final work and the identity of the victims to be used in this act. Funaro’s understanding of art history is apparent throughout the novel and his experience in Theatre lends itself nicely to a novel that is appropriately set in three acts and has a finale that brings everything together in a very satisfying manner.