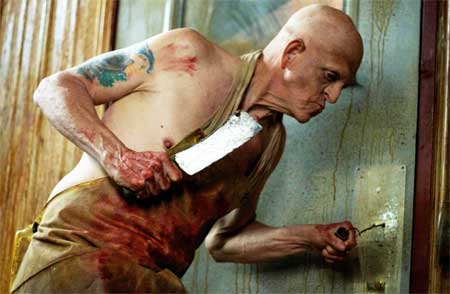 Without a doubt Michael Berryman is a legend. This iconic actor has been in such memorable films such as The Hills Have Eyes, One Flew over the Cuckoo’s Nest, Weird Science, and countless others. He has also appeared in television shows such as Highway to Heaven, Tales from the Crypt, and The X-Files, just to name a few. He has had one hell of a career and a huge league of fans that adore him. I met him at a horror convention in Ohio back in 2003 and he is one of the nicest people I have ever had the pleasure of meeting. He was recently in the film Below Zero where he played the character named Gunnar and I was able to speak with him about this role as well as many other things.

Todd Martin: When and how did you first get into acting?

Michael Berryman: I got into acting in 1974: it was serendipity. I was working at a gift shop in Venice and there was an antique shop across the way – the owner of the shop’s father, George Powell, worked for Warner Bro’s and said I have a really cool look. He asked if I’d be in his movie. After a meeting I was hired on the spot.

TM: Of all of the roles that you have played which one was your favorite and why?

MB: The X-files season 3. It was an episode called “Revelation.” It was something that was a switch for me because I played a character that I don’t usually always get to play.

TM: Tell us a little bit about the character you play in Below Zero.

MB: His name is Gunnar and has an 8 year old son. The character is not what he seems to be. Without giving it away I’ll just say the story has a few good twists. 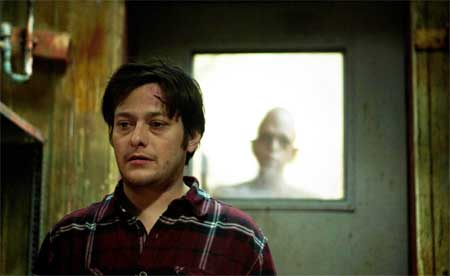 TM: Was it a fun movie set to be on while you were filming Below Zero? Do you have any stories that took place during filming that you would like to share with us?

MB: It was fun for a couple of reasons. In college I worked at a butcher shop, so being in a slaughterhouse didn’t freak me out. Also it was fun when we dressed the set. Any time you see yellow on the walls it was really mustard.

MB: I’d have to say Blade Runner is my favorite.

TM: In your opinion what is the scariest movie ever made? Has there ever been a film that creeped you out? 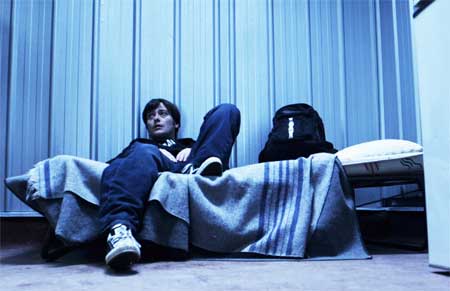 MB: There hasn’t been a film that I would say has scared me, but the evening news does.

TM: Can you tell us a little about yourself? What do you like to do when you aren’t acting? Do you have any hobbies? What kind of music, movies, and television shows are you into?

MB: I am a philanthropist. I believe in humanity and peace. My passions, for example I volunteer; I have read aloud to blind students, worked at soup kitchens, etc. You know just make the world a better place because Heaven is not somewhere in the clouds its right here on earth. I love all movies especially when they are well-written and acted. I love the Twilight Zone original series and as I said earlier my all- time favorite movie is Blade Runner. 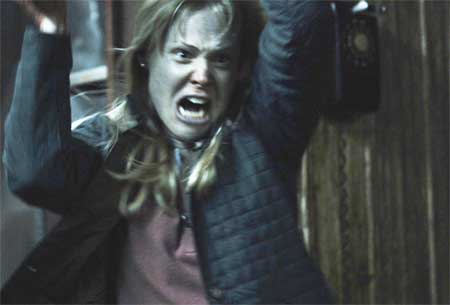 TM: Who would you say were your biggest influences when it comes to acting?

MB: I am influenced by people who are chameleons, and by that I mean someone who can play many different roles. People like Johnny Depp, Robert Downey Jr. and Steve McQueen, all of whom I appreciate.

MB: Yes I will be at 6 his coming year. Crypticon being one of them. 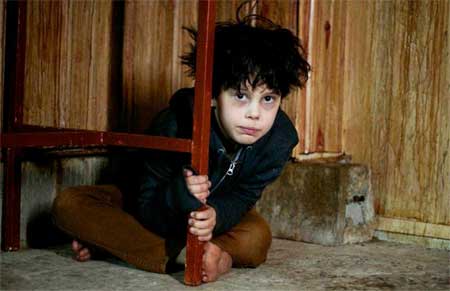 TM: Would you like to add anything else or give a shout out to anyone?

MB: Yes. First , my fans. I do all my fan mail myself and I am grateful for all of them. They are always very encouraging. Also to George Powell for discovering me and to my dear friend Brandon Powell, as well as the elected officers at the Actors Guild. And I’d like to say to everyone: Life is short, everyday is a gift and take care of one another.

Thanks to Mr. Berryman for taking the time to allow me to interview him!