Home | Bark at the ‘Autumn Moon’

Bark at the ‘Autumn Moon’ 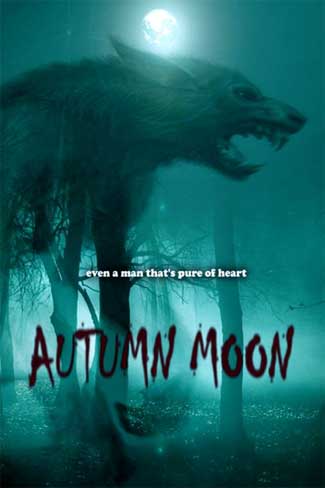 New film heads into pre-production! Independent filmmaker Randy Fabert is on a quest to create a new werewolf thriller in the old-school tradition that he hopes “will be the most violent werewolf movie ever made!”

Writer/Director Randy Fabert (Psycho Killer) is hard at work in pre-production, prepping his new werewolf thriller, Autumn Moon from Skylar Phoenix Productions. Fabert himself stated that he hopes Autumn Moon will be “the most violent werewolf movie ever made.” Fabert, a fan of great werewolf films such as (An American Werewolf in London, The Howling, and The Wolf Man), says he wanted to make an old school werewolf film but update it to be extremely violent and gory. He feels that co-writer Michael Spivey and himself have captured the extreme violence a werewolf would cause.

The screenplay was written by Michael Spivey and Randy Fabert from an original story by Randy Fabert. It is produced by Randy Fabert, Joe Kidd, Thomas Humbach, Iabou Windimere, Michael Spivey, and Co-producers are Aaron Martin and Sheila Mudd Baker.  The werewolf make-up effects will be created by Fabert’s Postmortem EFX Studio.

Pulp writer Michael Renee Allen thought the house on the edge of the woods would be the perfect place to write his next novel. He soon finds that the forest has more to offer than just fresh air and a nice view. Something unspeakable is stalking the forest. A cunning force of pure evil that hunts by night, painting the forest with blood.

Filmmaker Randy Fabert grew up loving the classic Universal Monster movies. At the age of 10, he made his first horror movie and hasn’t stopped since. After seeing An American Werewolf in London in 1981, he fell in love with the artistry of Rick Baker and decided he wanted to make monsters for his movies and took up sculpting his own creations. His first film Psycho Killer (2011) was well received and will be playing at several film festivals this fall.