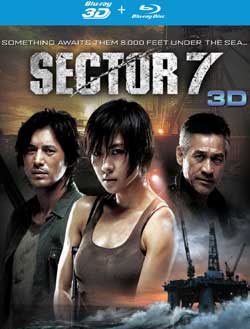 Something awaits 8,000 feet under the sea off the southern tip of Jeju Island.

The Eclipse is the offshore drilling rig stationed at Sector 7, a mining area in the vast open sea located off the southern tip of Jeju Island. The oil drilling excavations end in failure and headquarters gives the order to withdraw.

Captain Jeong-man is sent to oversee the crews withdrawal from the Eclipse. However, Hae-jun, the equipment manager (played by Ha Ji-won), is adamantly opposed to the headquarters order, as she is certain that oil will be discovered in Sector 7. Motivated by Hae-juns conviction of finding oil, the Captain suggests conducting one last drilling exercise.

While Hae-jun and the crew are fully engaged in their final attempt, they lose communication with headquarters, and the crew is overwhelmed by the disconcerting feeling that something is out there.

As bodies begin disappearing one by one, the few surviving need to think fast and fight for their lives in a non-stop battle against the mutant monster from the sea. Survival looks unlikely, but Hae-jun and the crew are determined to take any chance to get out of Sector 7 alive.

Have you been aching for another cool CGI Asian giant monster film? If your a fan of the movie “The Host”, then the Korean release of “Sector 7” will be a nice addition to your viewing circle. Hey..in the end its got big monsters, how bad can that be? Well for the record, at least on my account…not bad at all.

“Sector 7” refers to a section in the ocean that has been designated for a oil rig drilling operation. Pretty much it’s like the oil digging operation in “Armageddon”, but now out to sea.

The crew consists of a bunch of hardworking employees who often have to spend several months at a time out to sea living on a mobile station. Their current location is off coast from Jeju Island. The object is of course to keep drilling spots till they break thru to an oil reserve. The film starts on the notion that “something” went wrong years ago with an engineer who was working on a malfunctioning drill. A mass of cute illuminating tiny sea creatures approach him until they change into their not-so-cute lethal attack mode. Now years later a team sits within the same area hoping for gold in the form of an oil break thru. The movie begins on this note while spending a good portion establishing the characters and getting into the drama of the rig. 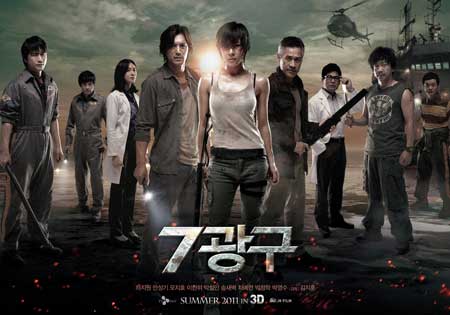 “Sector 7” rewards simply in the fact that it was designated for a big budget production look. The extras reveal more into these details as we’re told that the film took about 3 years and was shot for about 80% of it being in CGI (sorry if I’m a little off on that number). These fun facts are important in the fact that the film looks beautiful and professional.

The creature in this film was also reported to be scrutinized in the effort of bringing its viewers something a bit different than what we’ve seen in the past. “Sector 7” is very much a monster movie, however its first half is closer to an Asian style (The Abyss (1989). I found this to be a great move on the filmmakers part as it doesn’t simply weigh down in “kill the monster” nonsense and actually gives the premise some motive and character establishing. 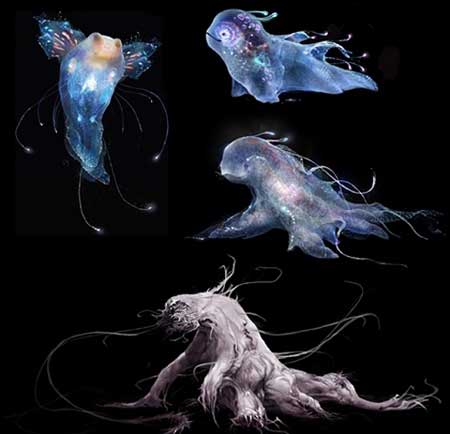 The monster in this case originates from these microorganisms which are comprised of organic sea materials and petroleum. It’s quite bizarre looking but appropriate for its origin. As we are explained……. when the surface creatures adapted to light, another variety of species took a more “low light” level adaptation. This created a variety of species that live far below sea level. 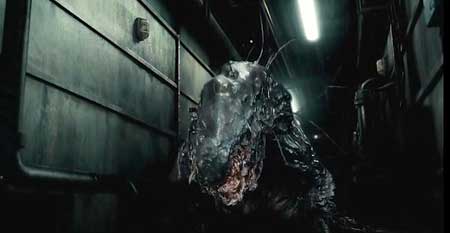 I won’t give away every detail on this except that one gets loose and causes a heavy amount of chaos for the rig. Hae-jun (Ha Ji-won) provides the female equivalent of Famke Janssen from “Deep Rising” in her role as badass, level headed, and wont take no sh*t from no sea monster role. Actress a Ji-won, you might remember in her lead for the 2002 film “Phone” (another good film to check out) Despite being a engineer type oil digger, Ji-won still manages to invoke plenty of subtle sex appeal. The motorcycle races are fun to watch though maybe a “bit” exaggerated for believability. 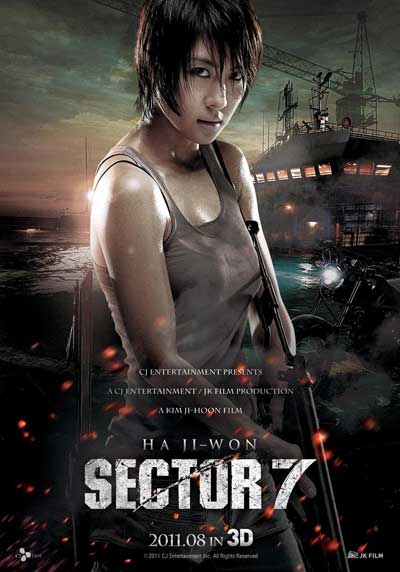 The back story develops on this one with a heavy body count and lots of tongue-flying monster acrobatics. There is a deeper level of motive behind the whole she-bang which elevates its story over just having a monster running loose for kicks. For CGI, I thought it was all well played and enjoying to watch. The film has received the usual amount of mixed reviews and comparison flinging. While not everyone is equipped to sit thru an Asian monster film, those of us who are, seem to have really enjoyed the fireworks. 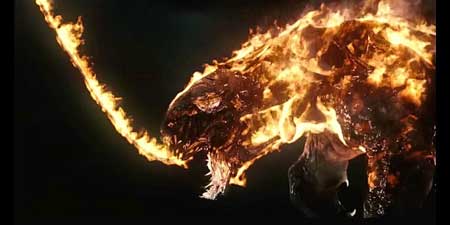 Director Ji-hun Kim does a bang up job with a solid film that puts “Sector 7” on my new list of favorite monster movies. “Sector 7” is by design a 3D film which is obvious in some of the more perspective shots. My viewing was fine at 2D of which I prefer but will note that it does have some pretty good 3D content (hence the tongue flying monster action). Cool sh*t! 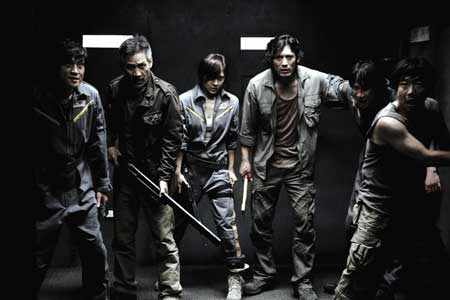 The release arrives per Shout! Factory released and is now available on Bluray 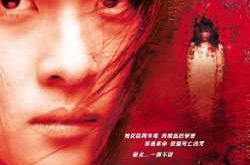