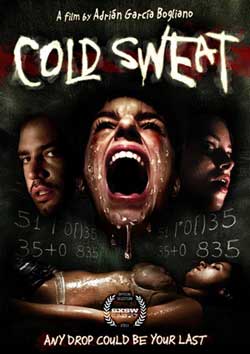 Any Drop Could Be Your Last…

What’s that you say? What kind of a synopsis is that? What the heck is “Cold Sweat” about you ask? The Black Saint was kinda confused as well as this new thriller from Argentina began. But as it progressed, I found out that at it’s heart it’s just a fun but overall stupid little movie that tries a little too hard to entertain us. Let me explain..

At the beginning of the film there is some newsreel footage accompanied by some nonsensical scrawl about some rebels in the 70’s trying to make some noise & eventually being taken down but there is the little problem of some missing cases of dynamite that were never recovered after the incident ended. We’re them fast forwarded to present day Argentina where we are introduced to Roman (Facundo Espinosa) & Ali (Marina Glezer). A couple sitting in a car trying to track down Roman’s ex girlfriend, Jackie (Camila Velasco), who’s left Roman for some mysterious man she met online. They are in a car outside of the apartment building where they traced Jackie’s movements to. Roman wants to know who the man who stole his girlfriend away looks like. 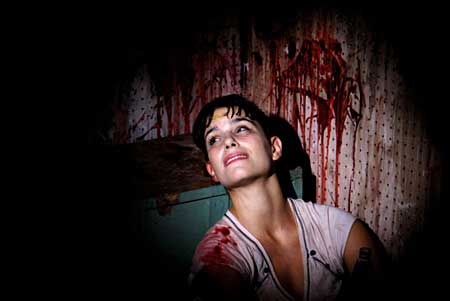 Ali has also set up a meeting with this mystery man who apparently juggles more than one girl at a time. She plans to see what he looks like & relay the info to Roman. For what purpose I really couldn’t say since Roman makes no mention about getting back together with her. All he apparently wants is to see the man she left him for. Once Ali goes into the front door of the modest looking apartment building…she doesn’t come out. And she isn’t picking up her phone either. Sensing something is amiss, Roman enters the building (After meeting a few of the people who live inside). Here is where the film jumps off the rails & just decides that whatever thin plot it was clinging to isn’t necessary anymore.
The apartment Ali ends up in is inhabited by two elderly gentlemen who are luring young girls into their home with the promise of meeting a handsome young blond gentleman. But their intent is to kidnap & torture them mercilessly using something I usually see in a Road Rummer cartoon…Nitroglycerin! That’s right acolytes, I said Nitroglycerin. Do you guys remember Wile E. Coyote trying to blow up the Road Runner with small vials of the stuff? Well, that’s what’s going on in here. And the stuff is tossed around all over the place. The two elderly men are sadists who have managed to extract nitro from the cases of dynamite I mentioned earlier. They also enjoy torturing young ladies by making them try & decipher a meaning from some random numbers & letters scrawled on a chalkboard in front of them. If they fail? BOOM! That’s it…the whole story. Roman, Ali & Jackie are trapped in the building and are in danger of being blown up really good by the two nutjobs. 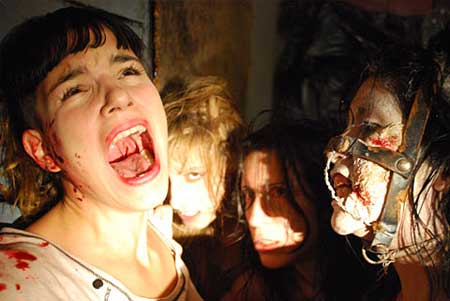 I must admit that I was a little surprised at the direction the film took. I was expecting a more dramatic film with some overtones of something like “Hostel” perhaps. But I truly believe that director/writer Adrián García Bogliano had been studying WB cartoons for a long time as this film is literally one loony setup to the next with no rhyme or reason as to why it’s happening. But that doesn’t necessarily make it a bad movie…just a movie that you have to surrender yourself to completely in order to enjoy it. If you’re looking for a serious horror film, this isn’t it. 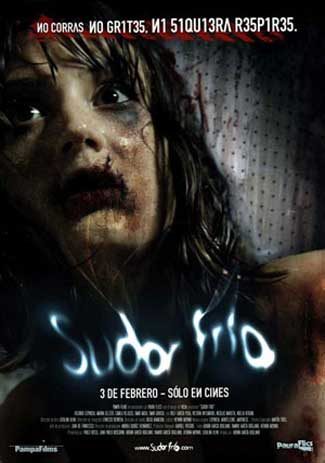 But if you’re looking for an amalgamation of “Hostel”, “Marathon Man”, “The People Under the Stairs” & “Blood Sucking freaks” with a dash of Looney Tunes tossed into the bowl then you’ll be right at home. Each setpiece gets more & more ridiculous as we find Jackie (Who is slathered from head to toe in Nitro by the way. Except on her back, which is important) being rescued from her tormentors but unable to make a quick escape because of the Nitro that’s all over her. One wrong move and BOOM! No more Jackie. Or anyone nearby her either. Ali is also captured but manages to be freed by Roman but they’re all locked into the maze like apartment where the two old pervs show no true worry as to any escape being possible. 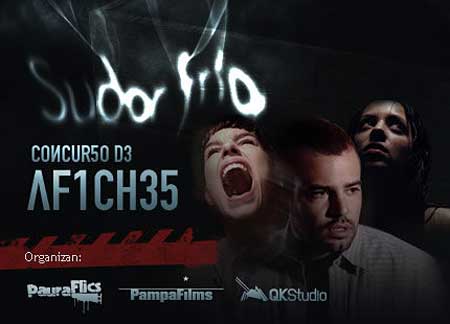 Why are they so sure no one can escape? Because they’ve been doing this for a long time. So long that they have a secret room full of feral young women who were captured but didn’t perform too well with the experiments so they’re all in a room barely clothed & smeared in blood & bits of flesh. Now you might be thinking to yourself “WTF? where did they come from”? I did the same until I realized that the movie doesn’t really care about where it’s headed or how it’s going to get there. It just wants to play around in the sandbox it built for itself, the hell with coherence! But it does this very well, keeping it’s audience scratching it’s collective heads wondering what could possibly be coming next? It has a lot of fun twisting the conventions of a movie of this type & while it does get incredibly ridiculous (The old man with a walker chasing Jackie around as she crawls backwards on her hands & feet to escape him is especially hilarious), it’s never boring & it manages to spread some nice grue to & fro as it goes forward. 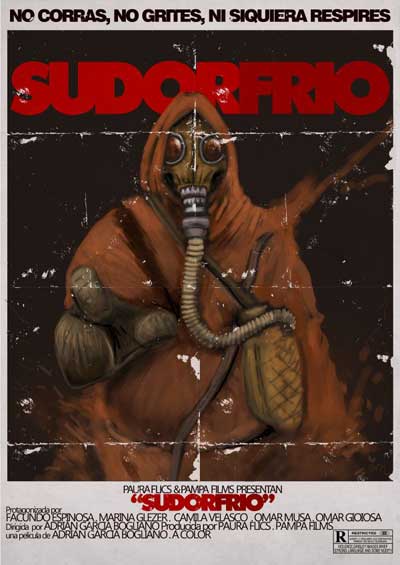 Did I say “Goes forward”? I meant to say “Goes forward slowly” since a lot of it is filmed in slow motion. Some of it is really effective but most of it is unnecessary & gratuitous. What the hell is this movie ultimately about? I guess it’s the tale of the coyote catching a bunch of road runners & not being able to contain them all in the end. It’s full of the slapsticky kind of humor that you’d expect from a cartoon but I expected a little more meat (& SENSE) on it’s bones. Overall I’d rate the film 2 1/2 shrouds out of five. A lot of fun & laughs are waiting & if you’re willing to suspend your belief for 90 minutes then you’ll have a good time. If you’re expecting a serious thriller..then look elsewhere cuz’ this is gonna piss you off. By the way, the image of Camila Velasco slathered in nitro, slithering out of her clothes is one of the SEXIEST things I have ever seen. It’s almost worth it for her alone…almost 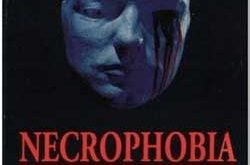 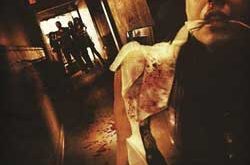