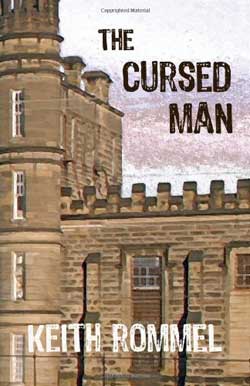 A vehicle came to an abrupt stop in the northbound lane, halting traffic in that direction. Alister watched the driver, a young woman, exit her vehicle and train her eyes on him. She crossed over the southbound lane without yielding to traffic and stopped before Alister.

“You’ve been heard,” she said, and she smiled. Her eyes appeared unfocused and her actions seemed controlled “I hope you’re ready for this.”

The woman turned away from Alister and faced her car. She looked over her shoulder toward Alister. “The sh*t is about to hit the fan.” She stepped off the curb and hurried into the southbound lane. A passing vehicle struck her, throwing her into the air. Tires squealed and Alister watched the woman twirl without control until she smashed onto the windshield of a stopped northbound vehicle. Blood poured from ripped flesh, and the unfocused look in her eyes became everlasting. —The Cursed Man by Keith Rommel.

Now let us fallow Alister down the Rabbit hole (and this is on deep dark hole) full of demons and madness. Alister is man a cursed man with a demon on his back who wants him all for itself. The demon is death and anyone that Alister interacts with gets the pleasure of meeting it. The wake of death and carnage that fallows Alister around seem to never end. Then one day the demon crossed a line that should never have been crossed and killed Alister’s wife and daughter. A broken man Alister decides the only way to stop it is to kill himself, but this as he comes to find out will never happen as the demon keeps him alive no matter what he does or tries to do to end his life. Finally Alister finds rest when he is placed in a mental institution locked away with no interaction with no one. Now the demon was locked way from everyone and Alister could rest in peace that is till Dr. Anna Lee shows up.

The Cursed Man by Keith Rommel is a slow burning fuse on a storeroom full of dynamite. As the author leads you deeper and deeper into the rabbit hole you start to question what is real and not real. He leads you one way then makes a sharp turn another always keeping you guessing where you are and where you are going. The pace of the story stays about the same the whole way through like the slow tightening of screw.
The book is marked as part of a series which to me seems a little confusing as this book seems complete and self-contained. There is also points when the story can get a little confusing as to what is going on and I found myself flipping back a couple of pages to see if I had missed something. But all and all a solid book and at points very real and that can be the scariest thing of all. 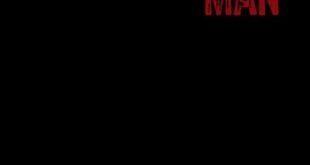