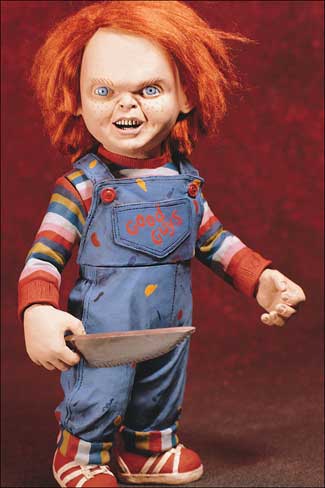 Growing up as a girl means a lot of things: pigtails, dress-up, tea parties, and… dolls. The latter seems harmless right? Playing with a mini-size baby or an 11.5 inch fashionista model is a rite of passage for a lot of young girls. As dolls inhabit their own houses and convertibles, no one and I mean no one, ever thinks for a second these plastic, smiling characters would commit some rather heinous and murderous crimes.

“Dolls can be used as portals for unhappy female souls,” says the Web site Cute Little Threat. And they may be on to something. I remember being young and oh so naïve. As a youngster, I would always leave my Barbie dolls on the floor and never liked putting them away. My mother of course constantly told me to do so, but I had selective hearing and chose not to hear her complain about it.

Well, boy did I get a wakeup call. One night my cousin decided to sleep over. After doll parties and all, it was bed time. I refused to put my dolls away as always and left them on the floor. She decided to reveal some very important and life changing information about my dolls: if they are not put back in their proper place, they will get up in the middle of the night, dance around and whisper my name.

Well, you can bet your bottom dollar I was quick to stash those plastic monsters and made sure the box lid was tightly shut. How the hell did no one tell me this pertinent information? Did my mother just forget to tell me about this monstrous occurrence? What is wrong with her? Needless to say, I learned my lesson that night and have never looked at dolls the same way.

Of course the movie world didn’t help things. “Child’s Play” premiered in 1988 to horror fans ready to see an innocent toy transformed into an evil, psychotic monster. What makes the movie creepy is the fact that a doll, a toy that is found in almost every home, gets up and walks around with a knife ready to slice and dice. I get chills just thinking about it. Who wants to wake up to find a doll strolling around the house waiting to off you? The movie spawned other sequels as the years passed. The original though, is the best and creepiest of all of them.

They didn’t just stop with movies. Real dolls of Chucky began popping up in stores. One Chucky doll please? Um, I think not. Then of course there is “Puppet Master,” which enlists not one but like a million dolls to do some serious killings. 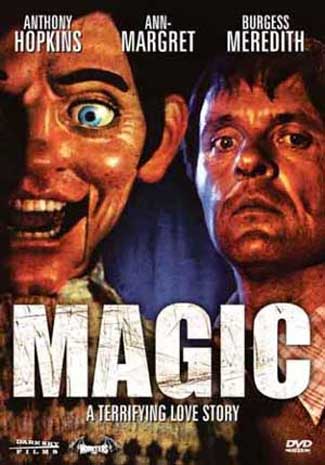 Those suckers are fast and small. They attack when you least expect. “Dolls” is along the same line as “Puppet Master,” but takes place in England somewhere isolated. Big house plus creepy people times a lot of dolls equals nightmares in my book.

There are other movies such as “Dolly Dearest,” “Magic,” and 2007’s “Dead Silence” that utilize cuddly dolls as frightening monsters. They are the ultimate bad guy because at a first glance, the word “killer” doesn’t exactly come to mind. Silent (or at least pretend to be) and deadly, the perfect combination for a few good screams. One minute dolly Penelope is snacking with you, the next dolly Penelope is snacking ON you. 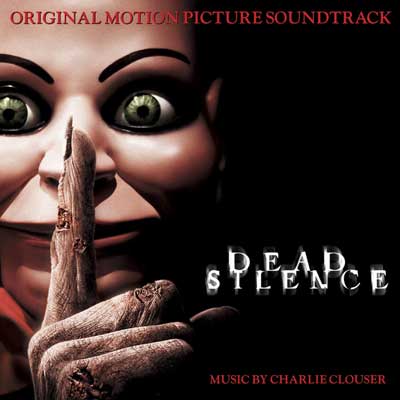 I guess I wouldn’t say I am deathly afraid of dolls but the thought of them dancing around at night calling my name does put the fear in me. I’m sure it would put fear in anyone. Damn those movie writers for corrupting my youth, ruining my doll parties, and adding yet another fear to my list.
For a glance at some rather disturbing and creepy dolls, head over to www.flickr.com/groups/scarydolls/pool/ 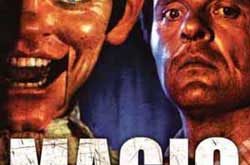