Alan Wake tells the tale about a famous author by the same name. On the surface, things don’t look too bad for Alan; he has a nice marriage to a woman named Alice, and he’s best friends with his agent, Benny Wheeler. However, Alan is suffering from writer’s block, which is obviously not good for a professional writer. Alan and Alice decide to take a vacation to the beautiful town of Bright Falls, Washington in order to help Alan become inspired and get over his mental lapse. Things only get worse for the couple upon arriving, because Alice ends up being kidnapped by some evil spirit living within Cauldron Lake. Alan tries to save Alice from being pulled beneath the lake, but he is unsuccessful and ends up mysteriously waking up out of a seven day long coma in his wrecked vehicle. Nobody believes Alan when he explains what happens, except for Barry who travels out to Bright Falls to check on Alan. When more strange occurrences begin happening all over the town, Alan realizes he will have to discover the secrets of Bright Falls and battle the dark spirits if he ever hopes to see Alice again. 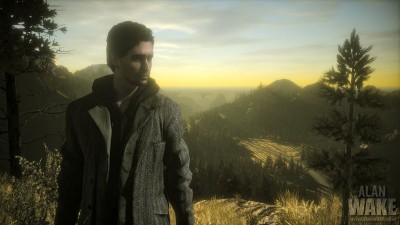 The story is easily the best dynamic of Alan Wake. While it doesn’t always make perfect sense, it does come together nicely by the end of the game. Sometimes, parts of the story are somewhat ruined by the missing pages of Alan’s book that you find scattered throughout the game. The book tells what happens in the game, but they are random pages that will either recap past events, ruin something that will happen or tell what is going on right now in the game. It’s a really neat concept, but it would’ve been better to place them all in order to prevent both boredom from recounting past events and spoilers of what’s to come.

You primarily fight with light in Alan Wake. You will use flashlights as your primary weapons, but you will occasionally use flares, flash grenades, headlights, spotlights or any other source of light you can find to fight off the shadowy attackers. There are also guns in the game, but you won’t have to use them on every enemy, and they will, usually, only be useful once you have shined enough light on a given enemy. You will also need to be aware of your surroundings. The combat system features a dodging mechanic that will require you to hit the dodge button at precisely the right time to avoid being damaged by an enemy.  Sometimes, there are powerful weapons sitting nearby or traps that will heed your progress as well.

There are a variety of enemies in the game. They can range from inanimate objects to shadowy forms of humans to enormous, dark tornadoes. Each will require a different tactic to take down, but you can be sure that it will involve shining some light on them. This type of fighting is unique, but is does begin feeling a bit dull after a while, and it could easily turn off a lot of gamers. Still, the dark monsters work well with a nice musical score, some decent graphics and creepy environments to create an overall frightening and ominous setting for the game. 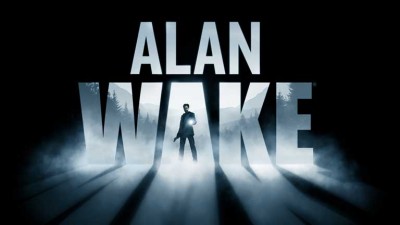 One of the worst aspects of Alan Wake is the driving scenarios. The driving is very poorly executed in the game to the point you’ll cringe at the sight of a working truck. Luckily, driving isn’t a huge part of the game, and it never requires you to use too much skill to drive from one area to another. Just don’t expect much fun in vehicles, and you won’t be disappointed here.

Alan Wake is a fun game, but it isn’t perfect. Some parts of the game look amazing, while graphics will look pretty bad at others. The dark surroundings will help cover up some problems, but you’ll still notice others. The story is great, but it’s definitely confusing at times. If you stick through Alan Wake until the ending you won’t regret it. While it can seem tedious and boring at times, the overall game experience in Alan Wake is one that shouldn’t be missed by any true gamer.