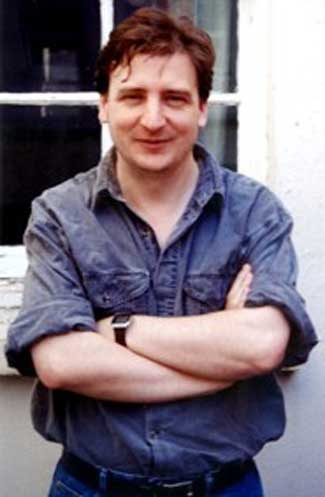 MIKE JOY: How did you first become involved with Iron Maiden?

DEREK RIGGS: I was working as an album cover artist with several record companies doing all sorts of things, I did a few Jazz covers for EMI records. Iron Maiden’s manager saw those pictures about six months after they were published and asked to see my portfolio.

MIKE JOY: How did “Eddie” come about and what’s the story behind this awesome character/creature?

DEREK RIGGS: well most of this is covered in much greater detail in the book “run for Cover, the Art of Derek Riggs” which is available from my website, www.derekriggs.com or from Amazon.com. In short, the first cover was done a year and a half before Maiden were even formed as a band. I did it because I wanted to make a monster that was actually a bit scary and not like all the other monsters that were around in the late 1970’s. (basically monkeys with wings)

for reference I went back to a photo I had seen of a dried up skull stuck on a tank and for the city background I used the part of London where I lived at the time (Finsbury Park, a bit run down and decrepit). There is a story going around on the internet that this picture was the inspiration for Eddie, this is not true, the inspiration was to make a scary monster, I just used the photo as a reference for the look of the skin.

MIKE JOY: Did you ever think “Eddie” & Iron Maiden would become such a HUGE success?

DEREK RIGGS: When I finished the picture I sat back in the chair and thought “that picture is going to make me rich and famous” and then I thought “don’t be silly” and put it away in my portfolio and went and got a coffee. I didn’t get rich and I only got slightly famous (a bit well known really). it was Maiden who got all the big bucks from it.

MIKE JOY: Did any of the band members have any input as to what Eddie should look like?

DEREK RIGGS: No. Well not for the original design, which had a punky look with a mohawk haircut, but then when they saw it they asked me to make the hair longer at the back. so I suppose the answer is yes… see I can make up my mind when I want to… 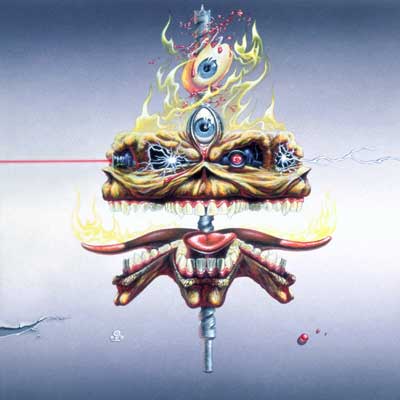 MIKE JOY: What’s it like to work with one of the best Metal bands in history?

DEREK RIGGS: at first it was OK, they left me to do pretty much what I wanted as long as it fitted the basic direction, but later on they tried to take control of the ideas and stuff, so it stopped working quite quickly after that because all their ideas were just versions of things they had seen elsewhere. and they were boring.

MIKE JOY: Album art is a huge part of any bands image. When you think of Iron Maiden, the very next thought is of “Eddie” either in ancient Egypt from Powerslave or in the distant future from Somewhere in Time.

There are many possibilities but my favorite album cover from Maiden is from Seventh Son of a Seventh Son. Do you have an album cover that you are most proud of?

DEREK RIGGS: not really, I did a lot of pictures for maiden, some where good, some were OK, some were not very good. It’s just a job, I did the best I could do under the deadlines I had to work under, then I got on with the next thing. 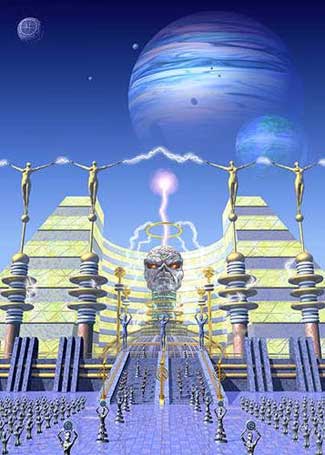 MIKE JOY: Have you ever listened to Iron Maiden as an inspiration for “Eddie” and do you have a favorite Iron Maiden song?

DEREK RIGGS: No and No. I don’t really like the music of Iron Maiden. It just seems to be endless boring guitar arpeggiations and Bruce screaming a lot. Again there is a story on the internet that I “Hate Metal” which, of course, is crap, I like some metal, back in the 1970’s I used to listen to Black Sabbath, Led Zepplin, Hawkwind and Uriah Heep but I moved on to listen to other things as well, like Jazz and Classical and weird synthesizer music. I just don’t happen to like the way Maiden sound and I think their lyrics are a bit childish, it’s all monsters and war and they are all just based on movies they have seen.

there are a few stories about what I “hate” out on the internet, I think it’s children who find out that I don’t like Maiden the way they do and they get resentful, so they make this rubbish up for something to do. There seems to be a lot of resentful children on the internet. 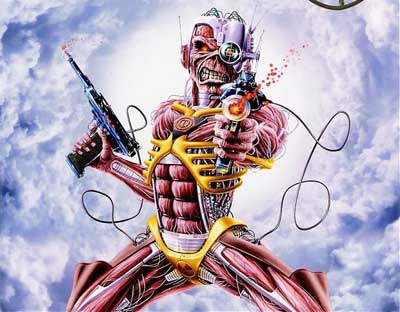 I mean, I don’t like the music of Mozart much either,(a bit twiddly for my taste.) but I don’t “hate” him and I don’t “hate” all classical composers. In fact I don’t hate anything or anyone, that is such a stupid point of view. 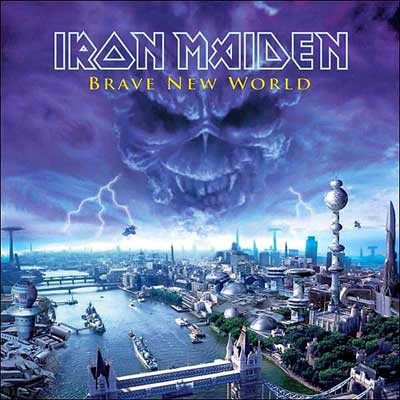 MIKE JOY: Do you have a favorite horror or science fiction movie? 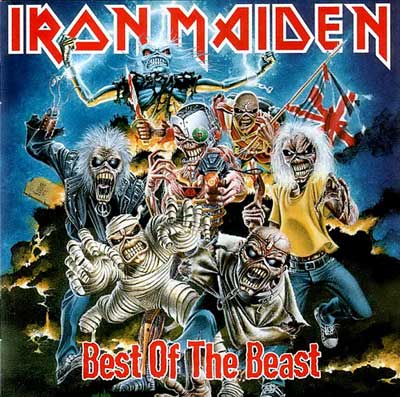 MIKE JOY: Are there any famous monsters that come into consideration when thinking up an Eddie scenario or Eddie’s specific look?

DEREK RIGGS: No. Eddie is the look of Eddie. and I used to mold that only enough so that it would fit into the required scenario. Other monsters never played any part in what I did with Eddie, they aren’t really relevant. Changing eddie is like trying to change Mickey Mouse. There’s no point, it won’t work and it won’t be Eddie. This is one of the points that Maiden and the other artists they have hired do not understand. Really, they don’t get it, go and look at what they have done since I left… it’s obvious to everyone but them that they just don’t get it. The artists are not even good enough to get a decent likeness of Eddie and Maiden can’t tell that it’s wrong… 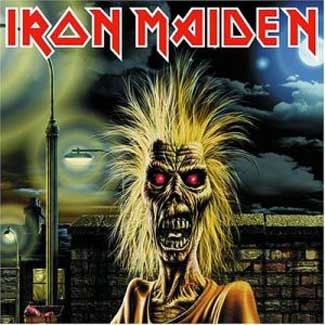 MIKE JOY: What can we expect to see inside your book, RUN FOR COVER – THE ART OF DEREK RIGGS?

DEREK RIGGS: it’s got lots of pictures, some you may not have seen before, it’s got a lot of writing about everything but mostly the maiden years. The text is a transcription of some interviews that I did over three days so there’s quite a lot of it. 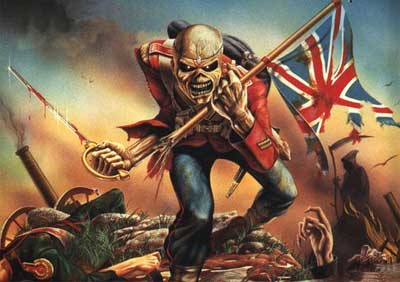 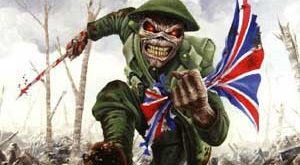