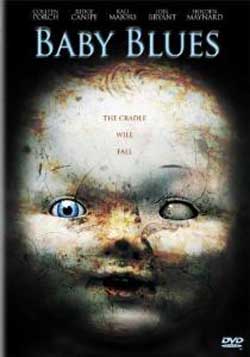 On a secluded family farm, a mother suffers a psychotic break due to postpartum depression, forcing the eldest son to protect his sibling from the mother they have always known and loved.

Wow, you thought Joan Crawford was a little crazy after seeing Mommie Dearest, let me tell you she ain’t got nothing on the character simply named Mom. True, Joan didn’t have a severe case of postpartum depression but the two don’t even belong in the same room.

To say that Baby Blues is a little unsettling is an understatement. To say that someone, me for instance, liked this movie is to possibly look at that person like they’re a little crazy themselves. After all the subject matter, a mom brutally killing her children, is far from your standard fare. That alone will not make this a movie for everyone. But taken from a straight up horror film perspective, Baby Blues delivers on multiple levels. 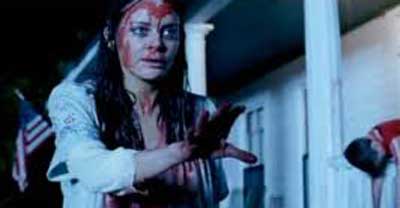 The movie starts with the familiar disclaimer that “the following is based on actual events.” Next we see a mother cradling a newborn and singing rock-a-bye baby. A classic intro that sets the mood rather quickly. From here we see two young boys playing with their slingshots in a junkyard. One of them is Jimmy, our hero who for right now is just your average kid out having a good time.

But when he arrives home we find out that his family life isn’t that great. His mom is terribly depressed and when she talks it is usually short and to the point. She is painted as a woman whose glory years have passed her by. Her prison is her own home. But make no mistake, she is never built up to be a sympathetic character. Her mind is gone from the get go and you’re just waiting for her to snap. 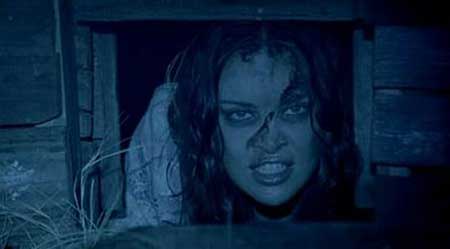 His dad, a truck driver, is hardly home. So much so that he usually ends up missing some key moments in Jimmy’s life, like a baseball game. It’s not that he wants to, but someone has to bring home the bacon. We also meet Jimmy’s younger brother and sister, along with Lester the farmhand.

The one thing I liked about this movie is that it doesn’t waste time in getting to the first act break. And wow, when it happens brace yourselves because for the next hour you’re going to find yourself on the edge of your seat.

It’s intense. Mainly due to the fact that you have a real rooting interest in your victims. They’re children for crying out loud. No one wants to see them harmed in any way. Another main factor is in the acting, particularly from the two leads.

Colleen Porch as Mom is nothing short of terrifying. Her facial expressions are the real deal and that more than anything give her that ability to make you wonder what she could possibly do next. Ridge Canipe as Jimmy is her equal. Since his dad is away a lot he is the de facto man of the house and he shows a maturity beyond his years. Fear mixed with the challenge of trying to comprehend his mother’s actions seem to come natural. Kudos to Ridge. 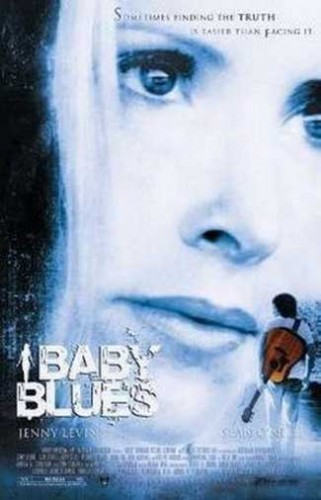 Directors Lars Jacobson and Amardeep Kaleka also do a wonderful job at keeping the tension ratcheted up. There are numerous set pieces that to be fair are straight out of Horror 101. Since the setting is a farm you can probably guess most of them. But given the subject matter it is interesting how they are somehow portrayed in a new way even though we’ve seen them all before. 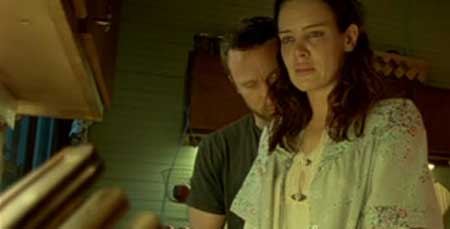 Baby Blues is a very well made horror film. I would recommend seeing it but I would warn that due to the subject matter it won’t be for everyone. Definitely rates a rental. One of those movies that kind of stays with you, again, mainly due to the subject. In a way I kind of hate to keep bringing that up but to be honest it’s what sets it apart and where it derives most of its strength. What could have easily had a more exploitive feel manages to stay distant. Credit the filmmakers for managing that fine line and delivering a scary horror movie. 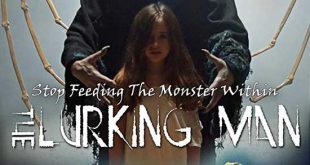 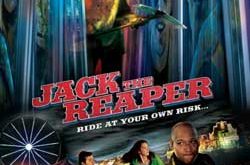