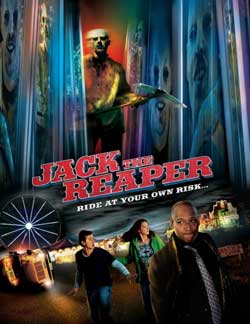 A group of high school students on a class trip are involved in a bus accident that leaves them stranded in the desert. They happen upon a mysterious abandoned carnival in the middle of nowhere and soon find themselves being stalked and picked off one-by-one by a creepy hulk of a man called Railroad Jack who gets his jollies out of killing people with a pick axe.

One of the main reasons that I love horror films so much is because the best ones are always a lot of fun to watch. I had an absolute blast watching Jack the Reaper (not too sure I like the title though) as it is just a fun movie in general that has a very strong 80’s feel to it (which is always a good thing if you ask me). I won’t lie to you, it will probably never be considered a “game changer” in the world of horror films since there are many other movies with pretty much the same plot but to tell you the truth I was having such a great time while I was watching it that I didn’t really mind that it was lacking in the originality department. I really enjoyed this film and it stands out among the many, many low-budget horror flicks that are flooding the market these days due to the fact that it has heart and you can tell that the writer/director Kimberly Seilhamer really cares about the horror genre (just check out all the horror movie references if you don’t believe me).

Sometimes going the simplest route is the best way to go when it comes to filmmaking (and in life in general) and that is the approach that the people behind this film took. We have a pretty basic plot, a group of stereotypical characters, and just a handful of filming locations. It may not sound impressive on paper, but if you actually watch this movie you will see that it works. Essentially it follows the basic ‘80’s slasher flick formula (stupid people do stupid things while they are trapped somewhere and are being stalked by an unstoppable killer) and does an excellent job of pulling it off, something that many filmmakers just aren’t able to do in recent years no matter how hard they try. 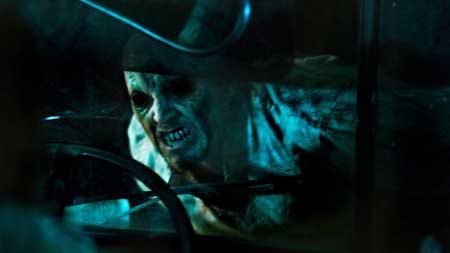 You may think that it is impossible to f*ck up this formula but believe me I have seen it done more times that I can count (just check out films such as Lover’s Lane, Hack, The Coroner, and pretty much any big budget Hollywood remake of any 70’s or 80’s slasher flicks-just to name a few-to see for yourself how badly someone can f*ck it up). Jack the Reaper does an awesome job of following the formula the correct way and because of this fact I think that fans of slasher flicks (and just those people who love a great horror film that isn’t bogged down by an overcomplicated plot) will eat this movie up. 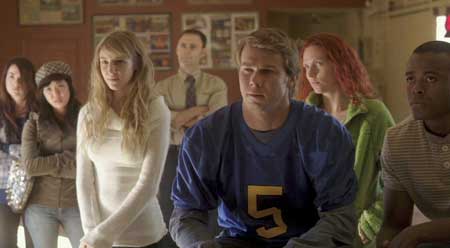 Like I said earlier, we have our usual bunch of characters including jocks, nerds, the slut, the weirdo, the badass, the good girl (wow, it sounds like I am talking about The Breakfast Club, huh?), etc. Basically the biggest majority of them are just fodder for the killer and it is pretty easy to predict who (and in what order) they are going to get killed off (though it is cool that Tony Todd and Sally Kirkland show up in small roles too). The characters may not be very realistic or in-depth at all (though to the writer’s credit there is an attempt to give some of them a back story and the addition of a deaf person was a nice change) but most people who watch these types of movies don’t watch them because they are interested in detailed character development (I know I don’t give a rat’s ass, I just want to see them die in a number of horrible, creative ways), so it isn’t even a minor problem that will keep you from enjoying the movie. 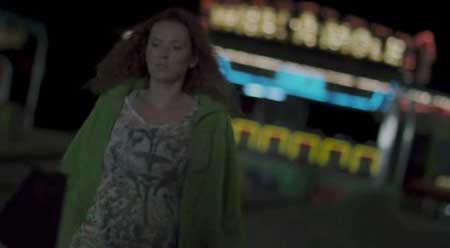 We get a pretty high body count, and while some death scenes are better than others most of them are still pretty cool (the one that gives new meaning to the phrase “in one ear and out the other” is the best one in my opinion). Most of the characters suffer a pick-axe related death and there could have been a little more variety , but overall I was satisfied with most of the death scenes as well as the amount of blood and guts that Railroad Jack ends up spilling by the time the final credits begin to roll. 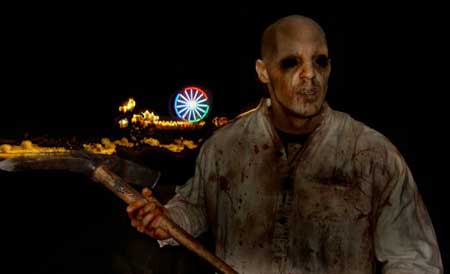 After everything was said and done I think that watching the movie was a great experience for me (though I wasn’t too keen on the big twist at the end due to the fact that it has been done to death by other films and most viewers will see it coming fairly early if they are paying attention. I dug it for a number of reasons and I can see a lot of other people who watch it sharing my opinion. Check it out if you can, you won’t regret it.