The Insomniac 10/21/2011 From the Nightshift | New York Horror, Interviews

I was able to talk with Angelina Leigh for a few moments about her rapidly growing body of work in the horror industry. For those who are not aware of her now, and you will be soon, she is a model/actress who is currently working out of Buffalo. Her work has been seen on the silver screen as well as Playboy, which she is probably most famous for.

You have appeared in quite a few horror movies so far are you a fan of the genre?

YES! Horror has long been my favorite. From my first horror movie that I can recall seeing as a small and on….it was my favorite genre. It gave me such a rush to be scared, its just so addicting.

What is the first horror movie you remember seeing? Any favorites?

Well, the first horror movie I recall seeing was a horror Sci-Fi on TV named Tarantula, a black and white film from 1955. I wasn’t even 5 yrs old at the time…and this movie scared me so much that to this very day I have a severe phobia against spiders! As a child of the 80’s, I also recall being terrified by Night of the Living Dead, Pet Cemetary, and It (which has most likely caused my fear of clowns!), The Shining, Nightmare on Elm Street, and the first Poltergeist! But no matter how scared I ever got, even if I couldn’t sleep in my bedroom, I couldn’t stop watching scary movies! I am still like that today!

Can you tell me some of the interesting things you have run into behind the scenes?

well…severed penis’s would probably top my list on this lol. I think the special FX have been really cool to watch…and seeing monsters and dead people being “made” has been really exciting. I really have enjoyed, most of all, meeting the different types of people from all over , who come together to make a movie.

What movies have you appeared in so far?

I am working on two movie this summer also, “Slime City Massacre” and “The Cabin”.

Our readers would probably know you best from your photo shoots with Playboy, how did you get involved with them?

Playboy …kind of happened by chance. I spent years trying to get into something with them, and when I stopped trying was actually when it happened. I had been out in Beverly Hills with a bikini team at one point, when I was told I should try for Playboy. I had never thought of it really before, and knew my chances were…well….very slim. But I did end up testing with a photographer who did some work with them. I was told they liked me for special editions…but a year went by, and nothing. A friend of mine had passed around a photo to cyber members, and an editor saw one and the next thing I knew I was asked to pose for Playboy!

Being able to pose for Playboy to me, is a real accomplishment in my area of work (the modeling, not acting.) When you see how many women try for it….I realized I really lucked out by chance!

What web sites should our readers be able to find out more about you?

Right now my main website is down but will be up in another month again (www.angelinaleigh.net). You can friend me for now on myspace (myspace.com/ClubAngelinaLeigh) or on facebook!

People often think when women are comfortable with their bodies like you seem to be that you are a little wild, so wild or mild?

I would say I am a little wild. I used to be very wild…but as time went by and I started working so much, I just don’t have the energy to be so wild!!! ha. I definitely love to have fun and am very energetic. I love to surround myself with people who are “smilers”….happy about themselves and life in general. I think it is a common misperception that nude models are “wild”. I would say the majority of us are not at all! We just tend to be very secure about ourselves, our lives, our bodies, and who we are and what we look like.

The naked body is never something to be ashamed of. I am completely comfortable with my sexuality, I wish everyone could be. But not being ashamed of my body as a form of art or sexual form, does not mean I am hyper sexual or perverted. I am an every day normal girl, I just don’t care who sees me naked!

Angelina, thank you very much for your time and we look forward to seeing more from you in the future. 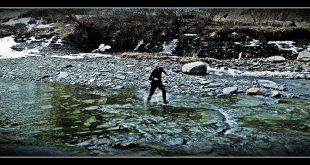 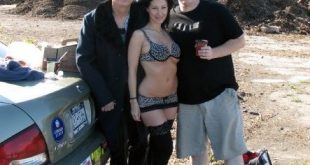