Home | Human Centipede 2 to get UK Release After All

Human Centipede 2 to get UK Release After All

Oh come on BBFC, make your minds up! Human Centipede 2 (Full Sequence) is going to get a UK release after all, despite the film being banned outright recently. The BBFC stated before that the film was relentlessly obscene and that no amount of cuts would ever make it suitable for release, and yet here we are with the news that the film has now been passed by the board with an 18 certificate after some severe cuts were made.

It has been revealed that the cuts effectively remove all of the moments the board took issue with while apparently maintaining the horror and narrative flow intended by the filmmakers. There have been 32 cuts to the sequel, amounting to two and a half minutes of footage being excised from the print that will be seen by UK audiences.

This confuses me really, I mean, after the BBFC’s previous statement and the subsequent controversy, you’d think they’d either stick to their guns or just put it out there in its true form. I’m not advocating the more tasteless scenes we’ve been hearing about, but it would have been nice to be able to make the choice for ourselves.

I do wonder if this decision has been made in light of the controversy itself, which has automatically given rise to more interest in the film and thus a greater interest in downloading an uncut version. Are the BBFC trying to reduce piracy of the film by doing this?

I hope not, as all it will do is make people go and download the uncut version for free rather than paying to see a film they know has been snipped, which in turn damages returns on the film for cinemas and retailers. I hope that once Human Centipede 3 (Final Sequence) comes out, they have made their minds up whether it’s fit to be seen by us fragile folks in the UK. 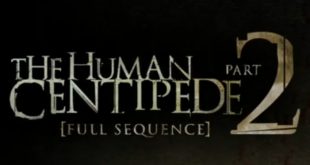