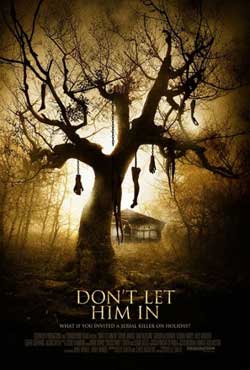 Two couples head out for a relaxing weekend in the country hoping to spend their time fishing and just enjoying nature. Unfortunately, there is a mass murderer in the area called “The Tree Surgeon (I guess all of the good names were already taken)” who hacks up his victims and leaves their remains tied to trees. Will the couples be able to make it back home alive or is this the last trip any of them will ever get to take?

I wasn’t at all familiar with this film so I did a little research on it before I watched it. I thought that it sounded promising enough, I mean come on, who doesn’t like a film about some crazed killer running around the woods slicing and dicing everyone he comes across? It sounded like a fun little slasher flick and I had pretty high hopes for it. I popped it in the DVD player thinking I was about to experience an awesome slasher that I would watch several times and tell all my friends about, but I knew just a few moments into it that I was sadly mistaken. Don’t get me wrong, it isn’t horrible, but it really isn’t that great either.

I think that the biggest problem with the film is that it is painfully unoriginal. If you have ever seen a movie where some people are out in the middle of nowhere being terrorized by a maniac (and there are a lot of them) then you have basically already seen “Don’t Let Him in.” Off the top of my head I can think of at least twenty other (and better) movies that have the same or similar plot. It felt like I was experiencing déjà vu as I was watching it and there in nary a shred of originality to be found here. It’s obvious that the filmmakers had the money, time, equipment and cast of actors that is required to make a film, so I am confused why they even bothered to put in a (half ass) effort to make a movie that a ton of other people have already done? If you are looking for something new and original then you are wise to steer clear from this movie. 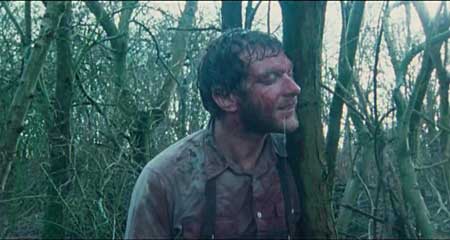 I also just didn’t give a sh*t about any of the characters either, which is always a bad sign. It is obvious that Paige is going to be the final girl as soon as we see her and there is nothing that really makes her stand out other than the fact that she isn’t as annoying as the other kind of prominent female character, Mandy (who got old really, really quick). Calvin is the less annoying woman’s assholish lover and Mandy’s brother, who has the same expression on his face no matter what is going on. Finally we have Tristan, the assholish guy that the really annoying woman had a one-night stand with (but doesn’t realize is an asshole until after she gets out to the woods with him). Tristan is probably the worst character in the entire movie as he is just a total prick to everyone and has some sort of deep, dark (lame) secret that he is hiding from everyone. Shawn, the friendly drifter who ends up finding our heroes after he is attacked in the woods and injured is the only almost likable one in the bunch, but I really don’t know why he kept drooling all over himself at random moments.

There is a big “twist” toward the end that falls flat on its face as well. It’s really not that hard to figure out what is going to happen so I wasn’t too surprised when the movie attempts to shock us with a certain revelation that most people will see coming a mile away. Even if you don’t see it coming I honestly don’t think that you will be that amazed by the “twist” anyway, as it is pretty lame and nothing special. It’s like I always say, not every single movie has to have a twist, and I really wish that the majority of filmmakers out there would realize this.

“Don’t Let Him In” isn’t the worst film in the world, but I don’t see it ever having a huge fan base either. If you can get past the cookie cutter script, the stupid things that the characters do (such as not grabbing a hatchet when it is right there in front of you when you have the killer in a vulnerable position or letting the killer out of a locked room seconds after seeing him kill someone else, among a ton of other things that I don’t have time to mention here)then you may enjoy it. The best way I can describe it is it is one of those movies that you watch to kill an hour or so at three in the morning when there is nothing else good on and you can’t get to sleep. Check it out if you think it sounds like something you would be into, but keep in mind you will mostly forget all about it a week or so later. 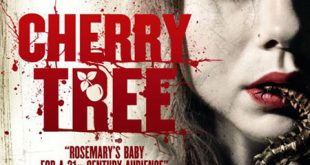