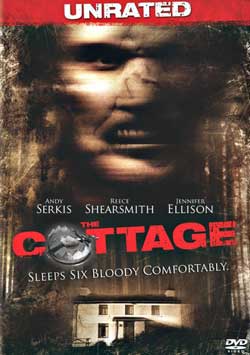 QUICK FIX:
Two bumbling would-be kidnappers take a British mobster’s daughter out to a remote country cabin to try and score some quick ransom money. Thankfully this is a horror movie, so things never go quite according to plan…not only do The Banana Brothers find out the hard way that their victim is a tough, foul-mouthed, intelligent little bird, but they also wind up with two Asian hit men on their tail. This proves to be the least of their problems though, when they learn that the area they have chosen to hole up in belongs to The Farmer – a disfigured, disgruntled psycho with an axe (and a pickaxe, and a shovel…you get the idea) to grind and a family to feed.

RAMBLINGS:
Those wacky Brits have done it again! Every year, we seem to get at least one (more, if we’re lucky) top notch horror/comedy from across the pond. This one starts off in a different way though – not to be pigeonholed in any genre, it starts off as a comedic crime caper that takes a good 40 or so minutes setting up the first half of the movie’s plot and characters before totally switching gears a la FROM DUSK TILL DAWN and plunging headfirst into deep, dark, yet still bleakly humorous, TEXAS CHAINSAW MASSACRE mode.

Imagine, if you will, if somewhere back in the late 1970’s to early 1980’s, Tim Conway and Don Knotts got fed up with doing their “incompetent criminals with a heart of gold” shtick for Disney kid flicks, jumped over to New Line, and made a hardcore, R-rated, balls to the wall incompetent criminals flick that turned dark & horrific in the 2nd act. If anyone has even the slightest idea of what I’m referencing above, then not only have you given away your age, but you also know exactly what kind of vibe I’m describing that this movie gives off.

Andy Serkis (LORD OF THE RINGS trilogy, KING KONG, DEATHWATCH) is perfectly cast as the criminal mastermind half of the brother duo – he brings a warmth and likeability to the stronger, hard-edged, yet still obviously born loser character. Shearsmith (SHAUN OF THE DEAD, THE LEAGUE OF GENTLEMEN) pulls off the bumbling, henpecked, neurotic yet high-strung role of the other brother Peter without a hitch. These two play off of each other perfectly. Relative newcomer Jennifer Ellison brings both beauty and talent to the role of Tracey, the foul-mouthed, tough as nails mobster’s daughter/kidnapping victim. She got the majority of the laughs from me, and also became my new crush in the process. Here’s to hoping she chooses to make horror her home in the future! Dave Legeno, under heavy prosthetics, is still able to express the right facial expressions for the right scenes as the sadistic character of The Farmer; and there’s no denying his physical prowess as well – this could be the next iconic horror character if they give him a shot. Also look for horror icon Pinhead himself, Doug Bradley, in a small but funny cameo role.

Writer/Director Williams is new to our beloved genre, and in numerous interviews has stated that he doesn’t want THE COTTAGE pigeonholed into just the horror category. Whatever, I say – this is horror & comedy at its absolute finest, so I could give a frog’s fat ass if he wants to call it a 14th Century romance piece; I know its horror, and I embrace it completely. I hope Williams decides to continue in this vein, as he’s very good at it, and I look forward to his next feature.

LAST WORDS:
The comedy is dark (be on the lookout for a hilarious dislocated jaw gag), the blood flows, the kills are bloody & inventive, the characters are fleshed out very well and I actually like and care about every one of them, and the villain does what really good villains do best – he shuts the f*ck up and kills everyone he can get his hands on!! Like I’ve found with most British horror/comedy hybrids, horror fans will either love this or hate it – no middle ground on this one. If you’re a fan of the darkly humorous & sickly bloody British offerings along the lines of SHAUN, or SEVERANCE, then THE COTTAGE deserves to be in your collection right bloody now! 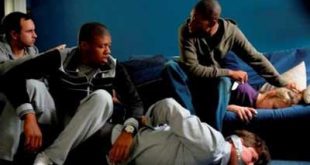 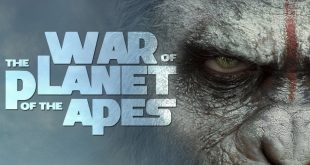