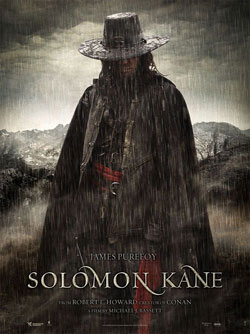 Once a mercenary of Queen Elizabeth I fighting Spainards in Africa, He met the Devil’s Reaper and discovered he was bound for hell! Barely escaping he soon renounced violence to atone for his past sins, seeking out redemption in a life of peace. That is until the followers of priest turned sorcerer Malachi kidnap a Purtian girl Meredith Crowthorn and brutally slaughter her family before his very own eyes (including butchering her beloved younger brother Edward who Solomon had befriended)! Forcing Solomon to take up arms and return to his violent ways once more to rescue her! In doing so means returning to his birthplace and facing his older brother Marcus who (in his youth) he accidentally left disfigured (and for dead), who now serves as merciless enforcer to Malachi

High paced action, fantasy epic with a healthy dose of magic, mystery and swordplay. None other than the man who created Conan, Robert E. Howard, comes another entry of his into the cinema realms of pulp era characters Solomon Kane. Much in the style of Conan films combined with a feeling of Van Helsing, Director Michael J. Bassett. has chosen a warrior comic character with heart and soul. The era is of 16th Century though the feeling at times is almost a Clash of Titans meets Lord of the Rings though on a lesser scale. As we enter into Solomon’s world we find him at war against evil forces of all shapes and sizes. Known throughout the land as perhaps the greatest living warrior, he tackles mayhem and magic forces with the confidence of a charging Rhino. We learn that he has sold his soul to the devil thru all the bloodletting and killing he has committed his life to, though this is not the path that Solomon chooses to embark on. As a Puritan, Solomon wanders about trying to find himself, keep peace and yet roam the countries with no apparent destination. 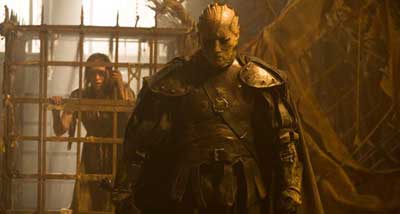 His destination is more of a soul searching that only seems to be reached thru more violence and death. When he meets a pilgrim family, he is already into his stage of nonviolence for the sake of peace mode, though the evil that lurks through the land eventually catches up to them and slaughters the whole family. Only the daughter Meredith Crowthorn survives who is captured and taken to the lair of the evil wizard Malachi (Jason Flemyng). Though the journey won’t be easy for Solomon who has sworn an oath to rescue her. An evil masked rider has left a wake of ruin who is able to transform his followers into soldiers of evil. 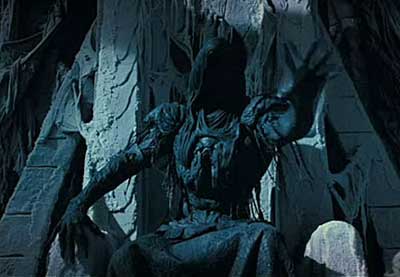 A path of destruction and dead bodies leads Solomon towards the lair of Malachi. When he arrives he is surprised to find that the lair is in fact Solomon’s child hood home in which he left at an early age. This castle that once was occupied by his brother Marcus (Samuel Roukin) and his father Josiah Kane (Max von Sydow) is now a stronghold to evil forces that are in league with the devil himself.

Solomon the series comes from a long line of stories that were published in Weird Tales magazine. His fictional character was often described as somber, gloomy and suffered. His weapons of choice seem to be a pair of swords, a dagger or 2 and a pistol. Though the pistol at times is exchanged for a musket style piece. 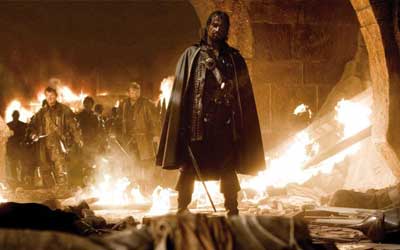 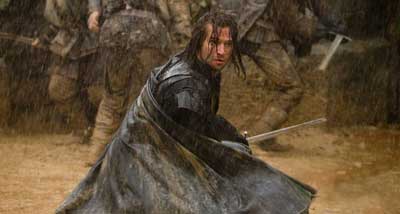 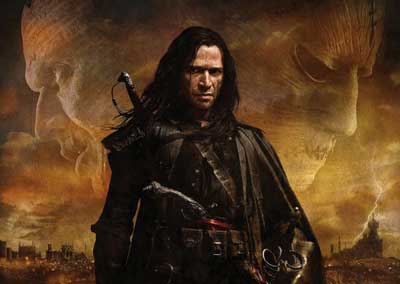 Solomon Kane is played by James Purefoy who is an instant shoe in for Van Helsing’s Hugh Jackman style of action hero. In fact you would almost assume they were the same character at times both adorning leather, a cape and a stylized brim hat. Solomon is aware of his fate and destiny all rolled in one, though the essence of hope keeps him going, keeps him fighting and pushes him forward even in the face of dark beings and wicked intentions. The film is assumed to be in parts of Europe that was filmed mostly in Prague and Czech Republic. 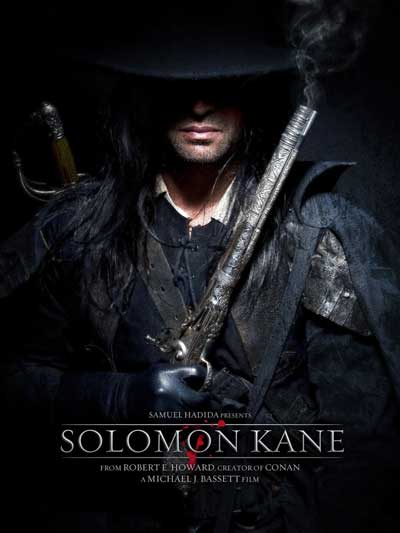 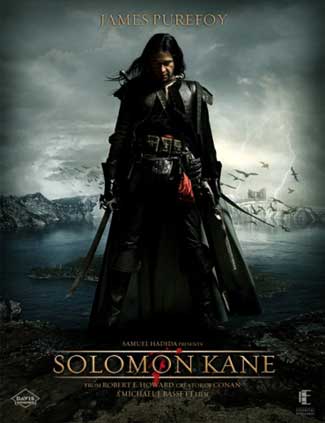 The film is well done and nicely paced for any fan of action, adventure and fantasy. As mentioned it feels like it has alot of elements that make it a unique piece of legend, lore and religion. Fx work is well done combined with a certain mood and atmosphere that equally incorporates an almost Mad Max / Road Warrior inclusion into its makeup. Heavy swordplay makes for alot of decapitations, limbs flying and death blows backed by a triumphant moving soundtrack credited to Klaus Badelt. This is one I’ll definitely watch again as I love a good adventure. Hopefully we haven’t seen the last of Solomon who would make for some great follow up adventure tales.