Film Review: I Know How Many Runs You Scored Last Summer (2009) 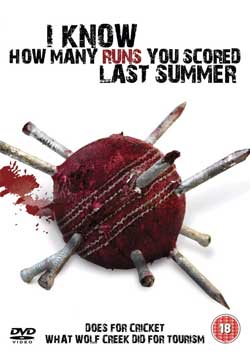 The bullying of a young cricket player goes too far. Now 20 years later that young boy has grown up, and he is about to get revenge on the men who sent him to a hospital.

According to the trailer for I Know How Many Runs You Scored Last Summer floating around the internet it is being marketed as a horror/comedy. The film begins with a man bound to a chair while our killer shoves nails through a cricket ball and sharpens cricket stumps. The poor victim soon gets one of these sharpened stumps shoved through his mouth and out of the back of his neck. This death doesn’t seem very comedic at all, and honestly it had me a bit confused about what comedy elements would be present. 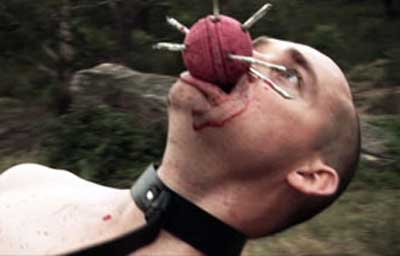 The police of course arrive on the scene to find the dead boy with the stump driven through his head. They start to look over evidence and notice a similar method of execution in another killing. Not only were the methods the same, both men were part of a cricket team as children. These children when not playing cricket were torturing one of their own. Their favorite manner of bullying was apparently flipping with a towel. Now I have been flipped by a towel and I can say that it really does hurt, apparently though these children flip the towel so hard that it sends the bullied young boy into the hospital. Now the police have their suspect, and their list of suspected future victims. What’s the best thing they can do? Why not put em in a safe house so the maniac can’t get to them.

Of course their plan falls through when our killer anticipates their arrival at the safe house. Though I didn’t see too many comedic elements in the film, there are a few “gay” jokes and the whole whipping with a towel until you go into a hospital is kind of silly. IKHMRYSLS does follow a lot of the “slasher formula” however. One of the big differences is however, the mostly male cast. Not only is it a mostly male cast, these guys are in their late 20’s or early 30’s I can’t quite determine.

Don’t let the all male cast fool you however; there is a rather lengthy shower scene for all you pervs out there with none other than Arianna Starr (aka Miss Nude Australia 2004). There is also the standard flashback sequence in which we see why our killer so desperately wants to dispatch of his former bullies.

The main reason we watch slasher films though is for the inventive deaths that these films churn out. IKHMRYSLS has quite a few good ones. You have several scenes involving sharpened cricket stumps being shoved into bodies. There’s quite a great gag involving a cricket glove covered in blades (yeah it’s kind of like Freddy’s) used in a disembowelment. 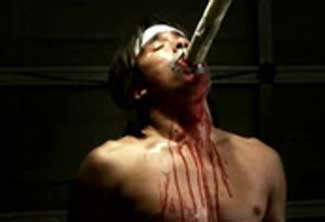 The cover box of the film shows a cricket ball with nails embedded in it, and you get to see that used a couple times. You get to see that said ball used on a poor sap that is running through the woods wearing just a thong and a ball gag. The most disturbing however is when a victim is forced to put on an athletic cup impaled with nails, after the man slides the piece in the place the killer delivers a swift kick to his junk which made me wince more than just a little bit.

Of course the killer makes his way through the victims and eventually catches up to one of the police officers. The officer hides in a trunk, resulting in a pretty funny eye poke gag, and the killer leaves him to go deal with the rest of the cast. There is a twist near the ending that I’m not going to ruin here in my review. I will say however that I was just left thinking huh? 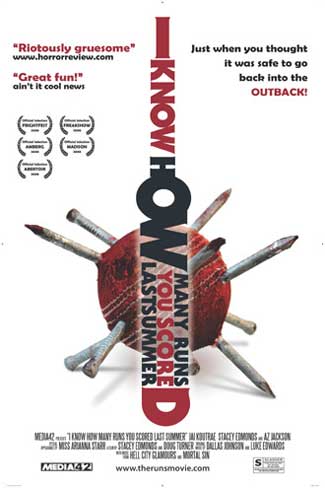 I Know How Many Runs You Scored Last Summer