Comic Review: The Stuff of Legend Volumes 1, 2 and 3 – Authors: Various 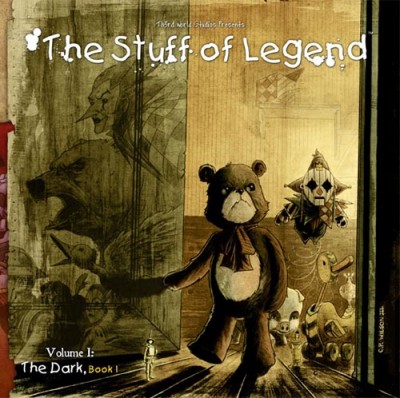 A young boy is dragged out of his bedroom by none other than the Boogeyman and taken to a world known as The Dark. His toys come to life and decide they will set out to rescue their owner.

However, once they arrive in The Dark, they transform into living, real versions of the things they have been made to resemble (such as a teddy bear becoming a grizzly bear, toy soldiers coming to life etc). Once in The Dark, the quest to rescue their owner begins. 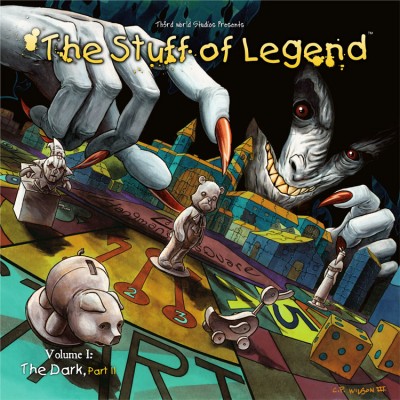 The Stuff of Legend is basically what would happen if Neil Gaiman wrote a Toy Story movie. The comics that make up these three volumes are beautifully illustrated and constructed, and their square format suggests a bedtime storybook that kids (over 10) and adults alike will love.

Featuring artwork that evokes anything from Raymond Briggs to Dave McKean and Alex Maleev, a script that is the right side of whimsical and production values to die for, it’s a series that deserves the audience it gets, and much more. 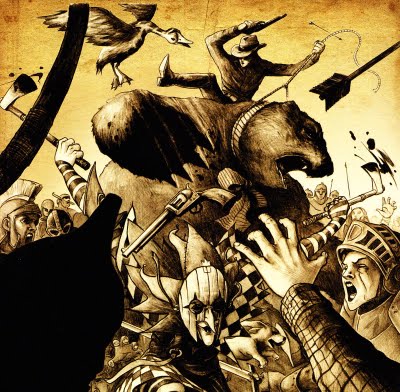 At times haunting and lyrical, then exciting and frightening, it really does carry the feeling of a fairytale or a half-remembered dream, and the subtle tones that the images are set in really adds to the already unsettlingly creepy atmosphere. There is an attention to detail and composition in the artwork that pulls you into each image, and it’s clear to see that a great deal of time was spent on each panel. The results are spectacular.

While the story may come across as a little twee to some readers, the series is redeemed by consistent plotting, consistent levels of artwork and a script that knows exactly how the young (and not-o-young) mind works.

The Stuff of Legend, while not completely perfect, is an astounding and worthy addition to any comic collection, and would be perfect for bedtime reading for older kids with a taste for the macabre as well as adults who still know how to enjoy a story, no matter the medium. A superb series of books that deserve your attention.