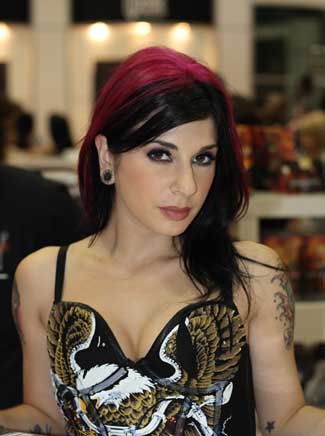 MJ: You’ve worked on some horror p*rn in the past , Re-Penetrator and The XXXorcist .
Are you a horror fan?

MJ: Do you have a favorite horror movie?

JA: Hmm… I am going to have to say Halloween 1 is my favorite of all
time.

MJ: I interviewed Doug Sakkman last year , and he mentioned an Evil Dead spoof called “Evil Head” in the works. Are you going to be part of that project too ?

JA: Yes well- It would be put out through my company whenever it does get made so of course I will be part of it.

MJ: How is it working with Doug Sakkman ?

JA: I love working on anything with Doug- he is insane, and relentless- I don’t think anything is ever boring when Doug is around. He is a hard worker and when he has a goal he will reach it no matter what. Like, when I was have a screening for the XXXorcist in LA, I told him I wanted
him to make a shorter, screener cut of the movie- and he happened to wind up in the hospital the weekend it was due… and he basically walked out of the hospital and went home to work on it. I really tried to tell him it didn’t matter but he insisted. I mean… he had like, blood dripping from his head. He is just crazy!

JA: A whole bunch… hahaha… I don’t really count anymore. I have my right arm pretty much covered, and most of my back, and the back of my legs, and uh…. I don’t know. there are a lot of naked pictures of me on www.JoannaAngel.com you can go take a look. 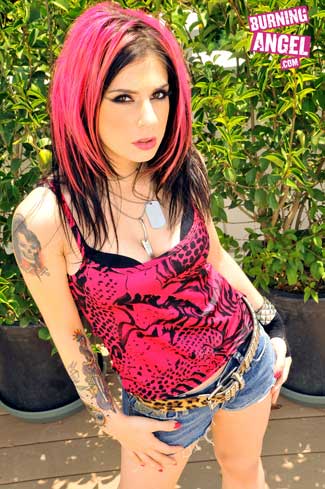 JA: Well i would saw Dracula but i think the teeth would make
him really bad at oral sex which is very important to me. i could see
that being problematic at some point. so I am gonna have to go with
Frankenstein.

MJ: You’re credited on “Slumber Party Slaughterhouse: The Game” which I believe is a horror movie trivia based game. What was your involvement in this game & have you played it yet?

JA: I didn’t have much involvement with the game- that was all kinda done after the fact. When you are watching the movie- you basically have to answer trivia questions to get through the next scene of the movie. Eight different directors made a scene for the movie with the same basic concept and they all kinda tied together- I directed and starred in my scene. I was a hooker who killed a guy with a strap-on…. it was really fun… and Doug helped me out A LOT with my scene…. he basically took care of everything for me while I was on camera. I told him my idea and he made it come to life- especially since I barely know anything about um… how to make blood look like it is coming out of someone’s butthole but like, without showing their butthole. It was very complicated! 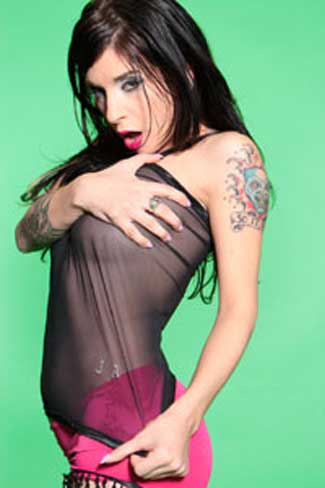 MJ: What can we look forward to coming from Burning Angel ?

MJ: Well, we are a horror website, so I can’t let you go until I ask if you have any “horror” stories involving the adult movie industry?

JA: Hahaha I don’t think so! I like having sex… so there isn’t really anything horrific about the adult industry I can think of… if something scary happens I will be sure to let you know! 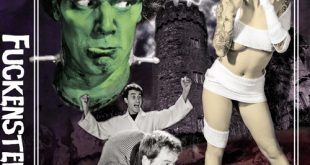 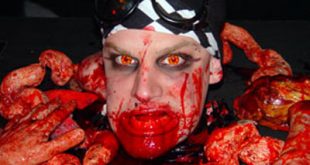