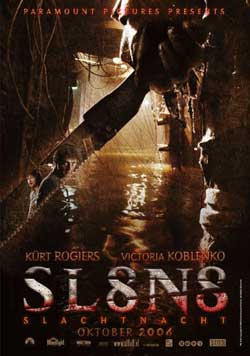 A group of friends venture into a mine where convicted killers were once forced to off themselves in this award-winning Dutch horror film. Unaware that the mine company once sent convicts to their death by making them ignite gas leaks, the friends unwittingly disturb the spirit of killer Andries Martiens. Dead for more than 100 years, Andries seizes his chance to kill again. Kurt Rogiers, Victoria Koblenko and Jop Joris star.

Sl8n8 starts out in the middle of the 1800’s. The police are investigating the disappearance if eight children. There investigation leads them to a small cottage. When they enter they find seven of the kids decapitated, with there heads place on top of wooden post in same sort of ritual. But they find the eighth child still alive and also find the man that captured them try to flee. The man puts up a fight but is arrested. 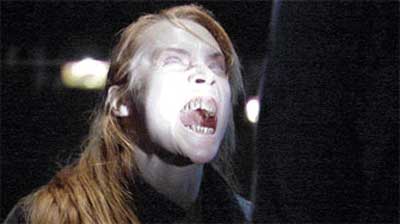 Jump to present day in the middle of a rave club or as I like to call it my worst nightmare. Anyway, lights are flashing, music blasting, and Dutch youngsters, dare I say, getting down with there bad selves. We meet the final girl… I mean Kristel (Koblenko) wading a crowd of people to find her friends to leave. As they get ready to go in Kristel’s car it won’t start so Kristel her father to pick them up which he obliges. As he drops each girl off, they let slip that they all plan on leaving college to travel. Once alone with Kristel, her father lets her know his displeasure with her decision to leave.

They get into a heated argument when all of the sudden a truck comes across and T bones the side of their car. Kristel escapes but her father doesn’t and dies in the crash. With a very guilty conscious, Kristel is ask by her mother to go to Belgium to pick up her father’s things for the book he was working on before the crash. She agrees and brings her friends along for the trip. When they get there, Kristel finds out her father was doing research of a convict, Andries Martiens. He attempted to retrieve a family inheritance of gold by using Satanism, human sacrifice, and a ouija board (just a buffet of evil), to contact his dead parents. You find out that Martiens was the man that captured those eight kids in the first scene. A business partner of Kristel’s dad invites her to a tour of the coal mine Martiens died in and Kristel with gang decide to go. And this is where the horror begins. 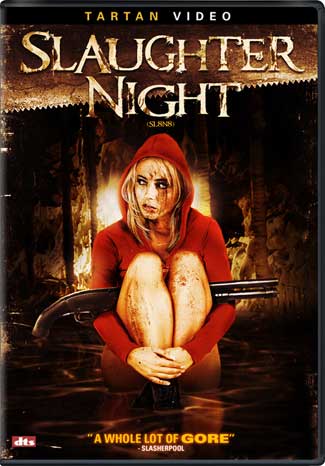 Sl8n8 is a textbook slasher film. It’s clear Gelowen and Visser spent a lot of time watching the genre as all the ingredients for a horror stew are present. With strong influences from films like “My Bloody Valentine” and “Night of the Demons”. Not saying that’s a bad thing, both are great movies. There is is a decent amount of gore here, the kills aren’t very creative but violent none the less. The camera work and lighting has solid level of polish. The slasher movie genre, for better or worse, has not evolved since Michael Myers stalked and slayed his way through Haddonfield saying that there is still enjoyment to be found in Sl8n8. It’s like getting on a roller coaster over and over again. You know when the turns and drops are coming but it’s still fun to go through them. Plus the final girl is cute, yes I know that’s pretty weak but for the love of blue pajamas, I’m grasping at straws here.

The problem with Sl8n8 is you guessed it, it’s a textbook slasher. I’ll assume that most that venture to this site are hardcore horror fans. Which basically means we’ve all seen our share of slasher movies. From classic to crap, we all have a clear understanding of the habits and cliches. Well there all here for one it’s your standard slasher cast. Final girl, slut, prick, hero, black guy, and a couple meaningless characters just there to up the body count. I know these are mainstays, but how bout we try not to make it so obvious who’s who. I think a little shade of gray would do Sl8n8 and films like it wonders. This has a little bit more story then the average, with the supernatural aspect but it comes off a bit corny. Also the stupid decision cliché is here. For example playing with a Ouija board. Now why would they choose to do this in a haunted mine. 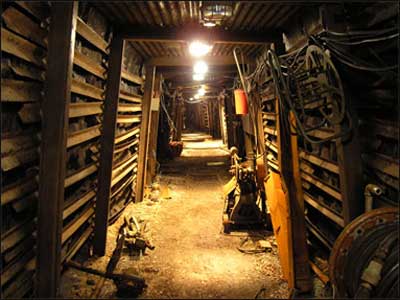 Come on they’re young, they’re European, and they’re dumb as all f*ck. I can think of a thousands better places to use a Ouija board how bout a library or a deli. But you went real stupidity forget the Ouija board, how bout we do some x in the mine. That’s right ecstasy in a mine… what the f*ck. Because nothing says good times better than, getting wasted out of your mind 30 feet underground. “Mmmmmm this cave taste like candy, man”, whatever. And the dialogue, look I’m willing to forgive the language barrier to an extent but lines like “That was a good idea… not” is taint twistingly bad. There is one slasher cliché left out of Sl8n8 that but I know two things about Holland wooden shoes and sexual liberation. Foreign films practically invented nudity in movies. You’ll got them popping pills in a mine, why not taking a shower.

The opinion you’ll have of this film will depend entirely on what side of the fence your on about slashers. If your a faithful follower of the genre and take joy in even the sh*ttiest of them (and I know there are some out there” you can watch this film ,flaws and all, and bask in it’s campy glory. If you’ve grown fatigued with the endless pile of these type of film year after year and are looking for a breath of fresh air, this film will leaving coughing up a lung in it’s tired, recycled smoke. But, if you ride this proverbial fence here’s the facts. It’s a brisk 90 minutes with some decent moments of death, if you turn your brain off and take it for a run of the mill hack and slash then you can watch this movie and enjoy.