Don’t forget about the seasons most talked about episode “The French Mistake” coming Feb 25, the so-called “Meta” episode in which Sam and Dean play their “real-life” selves Jared Padaleki and Jensen Ackles! Confused? Check out the CW’s official description for some clarity:

“Raphael (guest star Lanette Ware) launches an attack on Castiel (Misha Collins) and his allies, sending a particularly frightening angelic hitman (guest star Carlos Sanz) after Balthazar (guest star Sebastian Roche), Sam (Jared Padalecki) and Dean (Jensen Ackles). In an effort to protect the brothers, Balthazar sends them to an alternate universe where they are the stars of a TV show called “Supernatural” and they are actors named “Jensen Ackles” and “Jared Padalecki.” The brothers are confused when Castiel appears to be a tweet-happy actor named Misha Collins and Sam is married to Ruby (Genevieve Cortese).”

Mind blown? Relax, that means you’re perfectly sane. Looking forward to this episode, sure to be a great one! Also, thanks to SpoilerTV for the first-look photo. 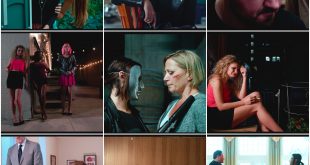