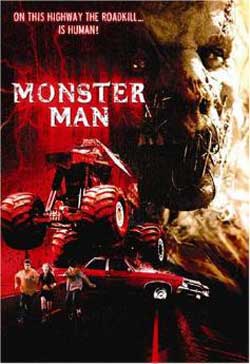 Two guys and a female hitchhiker are terrorized by a monstrous looking man driving a giant monster truck.

Monster Man, a film I actually saw quite some time ago is a guilty pleasure for me. It’s one of those “take a chance on the shelf” titles that really surprised me as just being a a fine mixture of bad ass and quirky. The cover is pretty typical and may scare away a few browsers with a monster face looming over a monster truck, however this film really “deserves” a full watch thru.

I should point out that it also at some point feels like 2 films combined into one, which keeps the chaos rolling in a whole different way ……but of course that’s just my perspective on things. 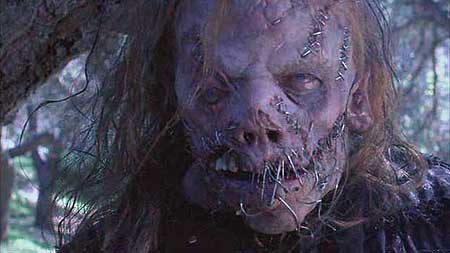 Monster Man begins with what feels like a comedy or pseudo Abbott and Costello relationship between 2 friends. Adam (Eric Jungmann) and the loud-mouthed Harley (Justin Urich) are on a road trip to attend a recently announced wedding. Adam is actually still obsessed with a former girlfriend who he thinks can win back over and Harley has managed to sneak himself into an unwelcome road trip. The 2 prior best friends have been estranged due to a previous punch in the nose incident that is better left as old news or left as water under the bridge. In any case, Adam doesn’t do a good job at getting rid of his friend and the 2 set of into a road trip from hell scenario. It all begins with a sinister looking hearse that is later followed by a huge monster truck that seems to have a “targeted-to-annoy” purpose. Within this monster truck resides something even creepier. The deformed, insane and patched back together “Monster Man”.

As they cross country on their way to a wedding rendezvous, they come across a beautiful hitchhiker by the name of Sarah (Aimee Brooks).  Her sexy appeal, and flirtatious attitude seems all a bit too much to be true but these 2 fall head over heels in the wake of her charm while prodding forward. Even with a deformed monster man psycho seemingly chasing and stalking them in a truck that actually appears like it has a raging mouth ready to swallow them, they allude being squashed and make way thru the red neck parts of middle America. Though a plot is one that evolves with a purpose in which this film does. The team meet up with some pretty weird situations and start noticing that quite a few folks are sporting a lack of limbs. The last act is pretty bizarre and really makes up the brunt of the gore horror with a unique twist woven in 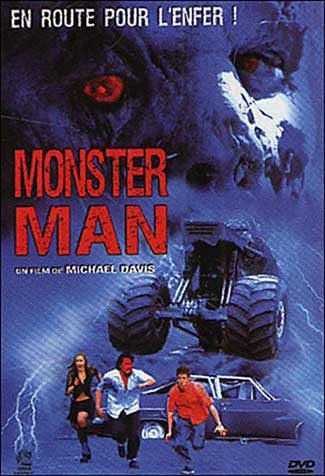 What I found unique in this film is it really doesn’t stick by any genre rules. We assume a national lampoon style that evolves into nasty gory horror. The genre switch does so without any forgiveness and that what makes this film alot of fun. Harley wears his role of the film “a-hole” pretty well enough that you begin to love the guy. While Adam seems to be about coming to age even though he should have arrived years ago. While the humor is more tongue an cheek than anything knee slapping, it still rolls with a entertaining twist that keeps things from ever really getting boring. The main actors of this film have each had their share of horror film roles AND teen comedies, so the premise playing out probably makes alot of sense. Though its’ chemistry that really works in combination. 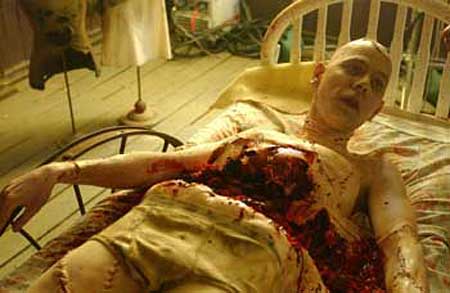 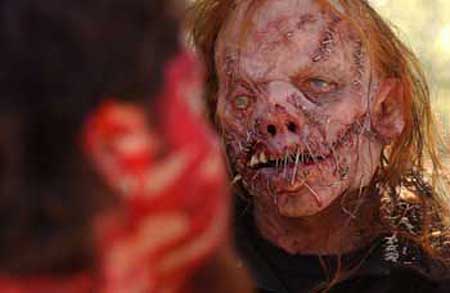 The movie was directed by Michael Davis who has seemed to have really taken a break from directing shortly after. But for those who saw the film, his follow up release titled “Shoot ’em up” was one bad ass picture (non horror genre). I tend to stick with director visionaries that pull together entertaining stuff and Michael Davis is certainly on that list. Monster Man is a keeper that just slides into a niche that almost makes it cultish. There are some great gory fx and …well one hellva big truck that would give the “Jeepers Creepers” fella  run for his money. Give this one a shot. 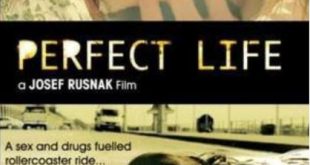