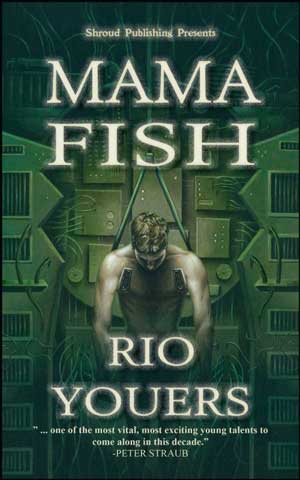 “You know, the technology is more advanced than it used to be. The world has turned into a machine, and its axis is made of binary codes and microprocessors and integrated circuits. Everybody is wired in these days. Everybody. Technology is a 21st century god. It’s a monster.”

I’m sure that it will come as a surprise to everyone to find out that I am an opinionated guy. I tend to form strong opinions and then shout them at anyone within reach of my voice. I know, you’re shocked. Your world view has been tossed off of its axis. I can completely sympathize after reading Rio Youer’s most recent Chapbook from Shroud.

The backpage blurb refers to Kelvin Fish as the “oddball” of Harlequin High. What an understatement concerning the fat, uncommunicative, unwashed teen that smells like week old roadkill and people swear they have seen bugs crawling out of and into his nose. But Patrick Beauchamp is intrigued. He feels compelled to get to know this enigma of putrid gases and sets to work doing everything in his power to do so. This quest will lead him on a road of terror and soul crushing despair that will change his life forever.

After a landslide of praise for this book and its writer, some from sources I hold profound respect for (Necrotic Tissue’s R.Scott McCoy and, holy sh*t, … PETER STRAUB), my standards were practically insurmountable for this book. While reading it and immediately after finishing, I wasn’t nearly as impressed as I thought I should be. Sure, the pacing is brisk. Rio’s prose is evocative, presenting me with a clear picture not only of the exterior scenery, but also the interior of a man with a past he has not been able to face. I was thoroughly entertained for the full 91 pages, even occasionally pained at the circumstances our young Patrick found himself in.

At the same time, the surprise of Kelvin’s condition and the end itself did not remotely surprise me. After Ed Lee and Charlee Jacob, can this be considered horrific? Plus, just because it is good doesn’t make it the wonderous work it had been made out to be in my mind.

Then a strange thing happened. My mind began looping back on itself and I found myself stuck in certain aspects of the story. I began to see horror not in the condition of Kelvin or even of Patrick but in the world as a whole and how it affects us psychologically.

My synapses had begun to reorder the fragmented events and fractured mentalities into a tale concerned with the march of progress and obsolescence, a theme Matheson had seemed obsessed with for awhile. Throughout, there are images of obsolescence: A father attempting to impress his eleven year old son with Pearl Jam, Nirvana and Guns N’ Roses CDs… The town of Patrick’s youth now irrevocably, unrecognizably altered with upgrowths of shopping malls and factories and the push of urban sprawl… The hospital of his birth, now a hotel… As a certain gunslinger has been known to say, “The world has moved on.” Even our narrator acknowledges that many of the changes in his town, like the absence of the old biker bar, are probably for the best and it seemed like most of what he honestly missed had more to do with sentimentality than actual value.

What makes Rio’s approach to the subject especially striking is the moral ambivalence of the narrative. We aren’t hand-fed a positive or negative view of these changes; any opinion the reader comes to is their own. Our inborn, intense fear of anything other is a given, but he taps into the deeper seated fear of becoming other ourselves, especially in the face of inevitability .Hoolah. 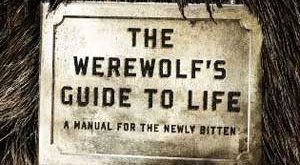