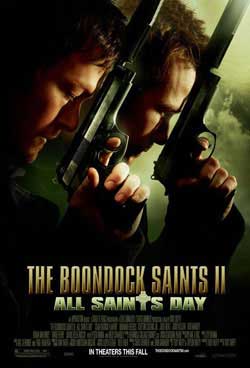 For the last 8 years the brothers have been living with their father on a sheep farm deep in isolated Ireland. One day their uncle tells them that they have been framed for the murder of a Bostonian Catholic priest. The boys must return to Boston to not only clear their names but find the men who framed them

The Irish assassin team is back after 8 years of laying low. Their exploits and style now legendary as they exterminated much of the underground crime scene. The present finds the boys living life as sheep herders with their father (Billy Connolly). Though as the father states….there is a restlessness that is stirring inside them. When a Irish priest gets assassinated inside his own church, it triggers a number of things.

One, the possibility that it was carried out by the boys, two, that maybe they are back in town and the third being an open invitation to motivate them into action for the crime. The crime bosses know too well that whatever the case, this may be the chance to retribute on a a few old paybacks. The local police are on alert and wondering if alot of the same may occur. A local special agent from FBI Eunice (Julie Benz) is called in to solve the cases of the bodies turning up. She is quick, skilled and very astute which doesn’t brew too well with the local cops who also think they may have all the answers. A chain reaction is set in motion which almost single handed revives a whole circle of concern and frenzy.

The boys Connor (Sean Patrick Flanery) and Murphy (Norman Reedus) are back in action to find the killers and say a few prayers in the victims honor. As the plot thickens, a whole whirlwind of plotting and planning go into effect with a heavy body count and a vigilante style take over. the boys enlist the aid of Romeo, a tough as nails mexican who provides the comic relief at times with his almost pratfalling persona.

Even within the mayhem there plenty of lines to laugh at or laugh with. Judd Nelson is back on screen, this time playing the crime boss Concezio Yakavetta. Nelson proves his versatility as an actor in his intense performance that echoes hints of Pacino. Origins are played out including Poppa’s trademark leather vest sporting his pull out pistol array. Fans of the first film will appreciate a bit of the back history this round which explains how the family came into being.

The film is again directed by first time round director Troy Duffy which marks his second film since the 1999 original of “The BoonDock Saints”. About a half hour into it I had to hit the subtitle button to distinguish the plot thru the heavy Irish accents. Though even with the titles on there seems to be a bit of “which-way-was-which” feeling as I tried to pull all the pieces together.

Thru flash backs we learn that Poppa had a dark past that haunted him to this day which involved old friends and some prison time. In fact much of the film is all geared towards a finale to bring the 2 out of hiding and into a final confrontation. Smoking Julie Benz keep the testosterones flying with her white hot country accent and perfect figure.

The 2 Irish lads execute kill after kill with a dead on confidence than at times defies logic much like 2 super heroes with a vengeance. Boondock 2 overall is a pretty action packed ride. At times you may shake your head at the invincible nature that seems to keep any stray bullets from taking them out. But at the heart, it’s a ode to good guys vs bad turned bad to be good approach. Boondock 2 unfortunately doesn’t take the prize from its predecessor but it still is enjoying to watch. A powerful sequel that pulls you in from the first frame. Bold, humorous and brutal rolled up in an Irish Stew. 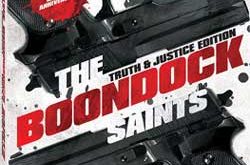 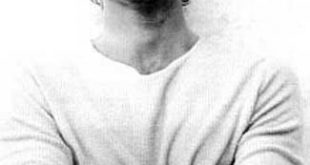