Did you see Buried in theaters? Well apparently I missed the moment where it may have touched the movie theaters by a week, but I’m not entirely sure. So Ryan Reynold’s film history did fantastic I guess until he did Buried, which obviously didn’t make a hit at your local big screen, which means it’s time to give his film Buried a release date. Fortunately, for those who missed the timing of the theatrical release, can get their hands on the movie by either renting or purchasing the film on January 18, 2011. So you don’t have to wait too long as you can see. Lionsgate Home Entertainment is releasing the Rodrigo Cortes-directed film on DVD and Blu-Ray in a combo pack and the artwork is below. The blu-ray will have a special feature called “Unearthing Buried,” and a “making of” featurette. 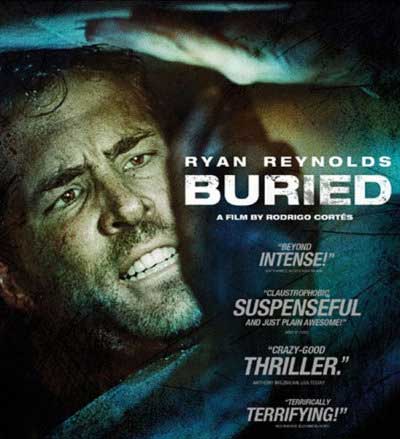