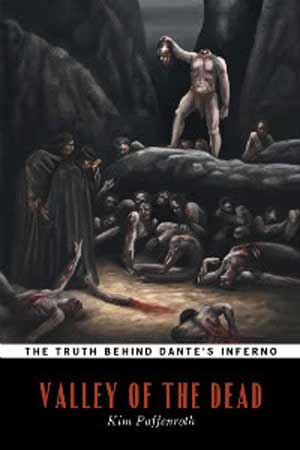 The Divine Comedy by Italian poet Dante Alighieri is, arguably, one of the most studied and celebrated poems of all time. Religious scholars have spent centuries analyzing it for its theological content. Students of literature have sung praises for its prose for just long. On a personal level, Inferno (the volume of The Divine Comedy that deals with Hell) is one of the main things that sparked my dark interest in all things horror.

The rhythm of the lines and the utterly macabre subject matter teamed with the violent yet beautiful imagery and I was hooked instantly. Now years later I’ve just finished Kim Paffenroth’s Valley of the Dead, which is his fictional account of the years Dante spent in exile from his native city of Florence, and old horror is fresh again. He explains his influence, ideas, and drive for Valley of the Dead in his prologue. I read the entire book and thoroughly enjoyed it but I have to admit it only really took me the three page prologue to know I was gonna dig this ride.

In this account Dante enters a foreboding valley and is instantly drawn into an unholy adventure as both the dead and an army sent to destroy them ravages the first village Dante comes across. Dante, a man steeped in tradition and customs from his native land, saves the life of a pregnant peasant girl and together they flee the doomed town as the dead feast on its citizens and the army burns its buildings to the ground. The odd duo ride to the next town to warn of the dead and the approaching army but arrive to find the town swept up in frenzy against a supposed witch. One lone soldier, a deserter from the calloused and cruel army, stands against the crazed town folk. Again the walking dead appear and fire burns and Dante has another companion. The three unlikely allies flee the dead and end up seeking shelter at an odd monastery where they acquire a fourth member, a monk, to their motley band of survivors. The monk tells the three of a hidden pass high in the mountains at the end of the valley that leads away from the death and the dead found there. He vows to lead them there and the story kicks it into high gear through a virtual tour of a living hell on earth.

As the four companions travel across the doomed valley and up the dangerous mountains they encounter hordes of the dead and scores of despicable living souls. Each stop they make and every person they meet is a horror story unto itself. The way the people of the valley deal with the plague (which is a re-occurring thing in the valley), the dead, and the other living survivors will make you think as much as it makes your stomach turn.

Before the story reaches its end it is hard to tell who the real monsters are in the story, for there are many, many monstrous things our brave and virtuous travelers must face on the path to safety.

Very well researched and very well written Valley of the Dead succeeds on many different levels. As a zombie novel there is enough undead action to appease both novices and die-hards.

There are violent dead, hobbled and trapped dead, dead with collars, and dead with tricks to satisfy that craving for rotting flesh-eaters. There are literally enough different zombies that you will feel a rainbow of entirely different emotions for each undead soul Mr. Paffenroth has dreamed up for us. As a piece of speculative dark fiction the story behind the valley is enthralling and imaginative enough to grab your attention and keep those pages turning. Mr. Paffenroth gives each and every character, be they living or dead, a touch of life and realism that further draws you into his words. I am amazed at how well though out and delivered this incredibly original story is.

I HIGHLY recommend this to fans of zombies, horror, dark fantasy (I told you it’s a sword swinging solider, a hatchet wielding peasant girl, a monk who is a master of the staff, and a poet/apothecary packing a his own blade on this journey, right?), or just great damned fiction. This book should defiantly be on your bookshelf.