Film Review: What on Earth? Inside the Crop Circles Mystery (2009) 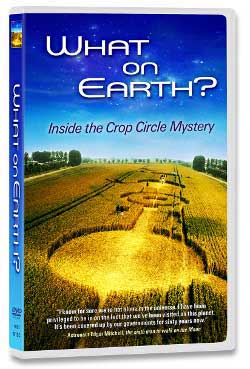 Documentary film producer Suzanne Taylor, of Mighty Companions, Inc., is part of an international community of scientists, philosophers, geometers, educators, artists and farmers who are crop circle experts and enthusiasts.
Their riveting reports and lively discussions were filmed over six summers, affording fascinating ‘insider’s’ information and opinions about this radically misunderstood phenomenon, in Taylor’s new film, “What on Earth? … Inside the Crop Circle Mystery,” a full length feature film focused on the crop circle phenomenon.

While the thought of sitting down with a film documentary on crop circles seems to paint instant pictures of shapes and cover ups, there is more than meets the eye behind the phenomena. This particular study spans the gamut by overviewing the entire issue and it’s relations. For one…… the geometric intelligence that it takes to form these things is revealed as far beyond that which most are capable of, let alone to orchestrate in one night. Dating far back into history the crop circles have since appeared in correlation with stone circles and other symbolic manifestations.

The beauty, the discipline and the sheer mathematical precision are discussed by experts, crop circle historians and even professors of mathematics.

I believe the purpose here is to demonstrate, showcase and also leave viewers asking questions about something that easily has gotten swept under the rug with deferments and explanations. Yes, the famed crop circle designers who claim to have orchestrated “some” of these magnificent creations come forward and show their methods. However the question that is asked is not can they do it by the evidence that is left behind and not accounted for. It also suggests that perhaps a conspiracy is in place to falsify and sway public knowledge from assuming these are more than just manmade creations.

Much of the crop circle activity stems form England and a few reoccurring areas, that have seen many of these things show up overnight. What is more interesting is when the complex shapes are broken down into mathematical drawings, how really complex they are to achieve such precision. Computer programs demonstrate the geometric breakdowns and how the shapes within shapes form relationships with each other.

This portion we know can be achieved, though to actually transfer the complex train of thought into replicating an exact diagram made from crops and fields is mind boggling. Other suggestions, point to solutions that the shapes hold and perhaps a bigger message in cryptogram form that is being conveyed. Whatever the case it’s entirely intriguing material in its own merit. 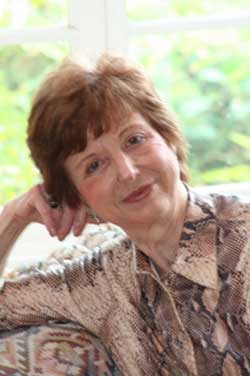 Further studies show specialists who actually study the differences in manmade effects on crops and how they differentiate from those without explanation.

A detailed look at the way crops break, the way crops pattern and bulge when they are bent is investigated. Next up on the checklist is the way all these patterns have on electric equipment that enters into the crop circle inner spaces. My first guess was some sort of magnetic field disruption, however the disruption seems to be only limited to the areas within the patterns and not outside. We get to see alot of fanatics who visit form all over and recite mantras and psalms of energy fields while visiting the areas of these anomalies, however …experts come forth by reaffirming the strange disruption in video and camera equipment that occurs when inside the fields. Maybe the video is showcasing only ones who “have” experienced this and not the ones who haven’t but the facts still are compelling.

It’s apparent from watching this that the whole mystery of crop circles is not clean cut and simple as most reports would lead you to believe. While I have my share of skepticism, I can’t deny the unexplainable aspects and there complexity.

Suzanne Taylor has not only provided a great documentary but one of the best I’ve seen so far in relation to these these specific unsolved cases involving crop circle activity. The DVD flows smoothly, and doesn’t weigh down on overdoing one area of interest.

The film takes steps further to imply that history has long worked against that of great thinking and interest to keep us rather muted, bland and comfortable in our own skin. While I attest to this notion with full agreement, what is it that we we are being kept from and why.? I comment on this quite often and will continue as long as the materials are being created to disprove our close minded way of thinking. You have to look at what’s presented and let it raise you curiosity to new levels. A great film, highly recommended!!

Tags What on Earth