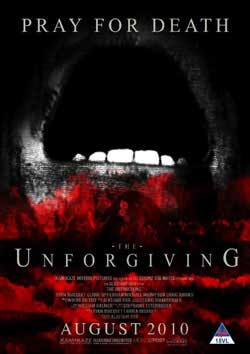 Two survivors, who appear unwilling to answer questions, are the only links authorities have to a spate of attacks that have hit rural South Africa

Imagine waking up chained to a slab of cement with no answers in site. As you escape or “think” you are escaping, you are assaulted by a man wearing an aperatus gas mask. He tells you not to leave, but survival begs otherwise.

The film is told in retrospect as 2 survivors confess the ordeal to a detective who asks alot of questions. As the stories are told, the detective who goes by the name of James Hirsh, questions things along the way that don’t really add up. Our perspective is that 2 people have been tortured, abused and beaten by a masked assailant out in the middle of nowhere. More specifically rural South Africa. Alice Edmonds now badly bruised and still suffering the mental anguish, tells her story. Rex Dobson (Ryan Macquet) is our opener character  who also tells his story to the detective in a separate setting. The detective just wants answers but as the story plays out it’s clear that something isn’t adding up. The back and forth narrative sets a story that comes full circle later in the 3rd act.

The Unforgiving works exceptionally well with a rather inventive use of camera  work and tonality. Nothing entirely new, but still an essential part of the intended vision. Earthy yellow tones, bleaching and contrasted tweaks are accented by some wild camera work that uses alot of rapid fire close up shots. The shots are almost characteristic in themselves showing bits of footage like feet walking, hands dragging, punch and torture scenarios framed tightly but still presented in a violent way. All this seems to contribute nicely and severe as a major portion of the brutality aspect thru more camera work than say, over usage of guts an gore. In short, it makes the point and drives it home. Fair Warning…. the extreme editing close ups may a bit extreme at times for more conservative viewers to consume as they do wind on the senses a bit. Because of this, the reactions may jump back and forth as you choose what falls within your comfort level and what doesn’t.

For film seekers, this film packs brutal punch coated in a gritty visceral darkness. The bleached look adds all the right setting appeal that is needed going hand in hand with the suffered story. Some films tend to hold on to you longer by only revealing what is meant to be seen until the idea has had a chance to play put. First time director Alastair Orr was on to something that he felt in his gut was the kind of skewed approach that the world needled. This film which strangely even feels French does exactly that with a hearty helping of suffering, a slice of chaos, and a villain to victim antagonistic storyline. “The Unforgiving” succeeds in this simple approach which always asks the question why never taking into the account that it its surprise ending leads up to. Again that French looking violence is very apparent in several scenes that even has the blood and sores tempered with a dark liquid look than a more typical blood and torture presentation.

My only complaint was a third act that while answers itself feels for a while like it doesn’t. I was unsure if I had to rewind the film a bit to figure out something I missed, but all is resolved by the time the credits role. In that sense, it is a clever story line that consists of the entire experience to finish the experience. Exceptional, powerful stuff!