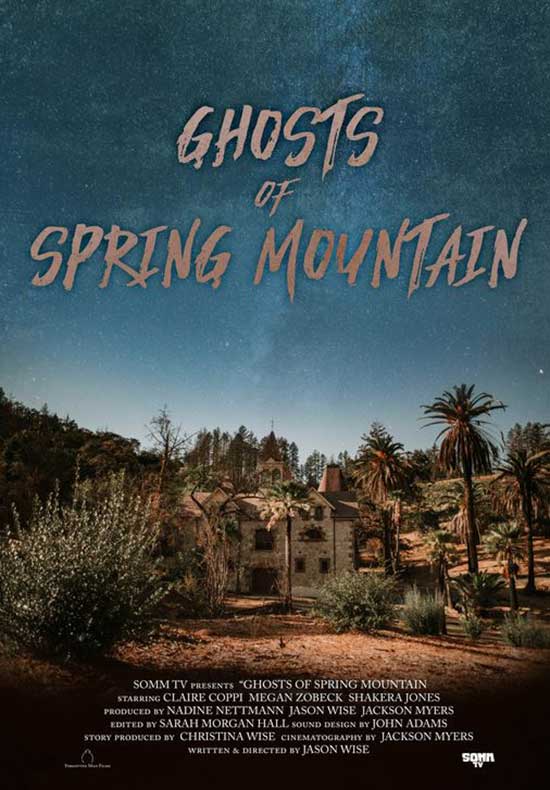 New trailer with you for the upcoming documentary on the real-life ghost stories of Napa Valley, “Ghosts of Spring Mountain”. There have been numerous mysterious and unresolved occurrences at the Spring Mountain Vineyard in Napa Valley, but nobody was brave enough to look into it… Until now…

Fearless acclaimed Sommelier, Claire Coppi, with her interest in the occult, took two friends and a rare Ouija Board inside the abandoned “Ghost Wineries” of Spring Mountain in California’s Napa Valley hoping to solve a mystery and find out who (or what) is haunting wine country and SOMM TV was there to capture it all for an upcoming feature documentary “Ghosts of Spring Mountain”. The three of them quickly realized this is something that they maybe should not have tackled so eagerly. They uncovered multiple dark, spooky tales throughout the weekend – including a little boy who was accidentally shot by his father, a woman so badly burned in a fire she hid the rest of her life behind two veils, and a scorned wife left with millions in debt when her philandering husband died.

The documentary is set to release in Q1 of 2023 from SOMM TV.

Ghosts of Spring Mountain from SOMM on Vimeo.