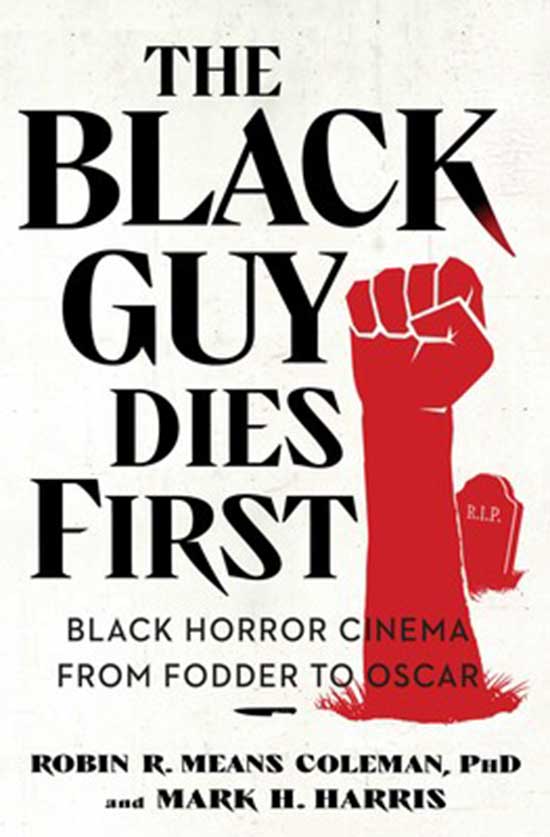 Adrian, I was thrilled to see your coverage of Shudder’s Horror Noire, and I’m reaching out with an exciting update in the world of Black horror. Executive Producer Dr. Robin R. Means Coleman is back with her newest installment on Black representation in modern film: THE BLACK GUY DIES FIRST: Black Horror from Fodder to Oscar

Before there was Nope and Get Out, there was Blacula and Night of the Living Dead. With brilliant analysis and encyclopedic knowledge of movie magic, Dr. Coleman and movie critic Mark H. Harris explore the tropes, themes, and traits prevalent in Black horror from 1968 to modern day—including in the book’s own title. Their deft blend of dry humor with incisive critique will keep you learning as they address topics, such as:

Black Horror Movie Deaths – From “Heroic Death to Save the World” to “Creative Body Count Death,” Black characters have long been giving their end their all.

Black Horror Stereotypes – The “Sacrificial Negro,” “Seductress,” and “SideKick” are only three of the twelve profiles that have haunted Black actors throughout horror history.

Black Religion in Horror – Underscoring the importance of Black creatives behind the scenes, the too-often distorted vision of Black religion by white filmmakers has resulted in voodoo movie concepts ranging from racist to down-right weird (i.e. 1998’s Buttcrack).

Black Comedy and Horror – There remains a problematic correlation between cracking jokes and making it to the credits in one piece.

Gender and Queer Identity in Black Horror – Despite roots in Blaxploitation films with one-note characters and little nuance, intersectional themes in horror are increasing in quality and quantity.