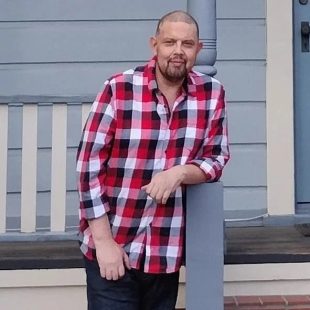 1. How did you get attached to Camp Pleasant Lake?

I got attached to Camp Pleasant Lake about a year ago after I became friends with Tom Walton on Facebook and he spoke to me about his plans for making a slasher film. After asking me if I had done any movies I mentioned to him that I was in 13 Fanboy which was a limited theatrical release and in Reunion From Hell. Tom asked me to audition for the role of Hector and a few weeks later informed me that I had gotten the role.

2. Tell us about your character?

My character is Hector who I mirrored after myself in real life. He is a very friendly guy who likes to put on a tough exterior when he needs to, gives his all to get the job done but something just doesn’t sit right with him.

3. How was it working with director, Thomas Walton?

Working with Tom was great! He was approachable, he was very concise on how he wanted us to do our roles in the film without getting upset. From the first day you were on the set Tom, Adam Werth, Joe Barlam, Mitch Parks and all the crew made you feel comfortable and very welcome. I hope to work with them again because they became family to me in a matter of 2 weeks.

4. Camp Pleasant Lake has a great all-star cast. What actors did you work with on this movie?

I worked with the very talented Jonathan Lipnicki who I remember as the little kid from Jerry McGuire and Stuart Little, Michael Pare who was in Eddie and the Cruisers and Streets of Fire and the beautiful Martiza Brikisak. I had some great co-stars like Anne-Marie Olsen, Saj Ali, William Bowker and Erica Dyer to name a few. All my co-stars were great to work with.

5. What is your favorite scene without giving too much away?

My favorite scene is where I get caught off guard by something that happens. When that scene occurred I was scared until I realized what scene we were doing and like I mentioned before I mirrored my character after myself and what I do when I get scared is clench my fists, get into a fighting stance and get tough.

6. What was your most memorable moment on set?

7. How would you compare this to classic 80’s camp movies like, Friday the 13th?

I would say that Camp Pleasant Lake compares with classic 80’s camp movies in the sense that the adrenaline pumping from knowing that there is a hidden figure watching and waiting for the right moment to strike whether in daylight or darkness has you anticipating for that moment when he/she delivers that blow which will end a characters life. The setting, mask and sharp implements were just as good.

8. How did you get involved in acting?

I remember that my 7th grade teacher Mr. Randazzo put on a Broadway musical like he did every year and for my class we did “The Mikado”. He had us audition for the part of Ko-Ko The Lord High Executioner which I unfortunately did not get the part but I became one of the Gentlemen From Japan. Even though not a major part in the musical I gave it my all and got kudos from parents and teachers about how good I did my role and dressing up in kimonos and putting on makeup for the role made me realize what my passion in life would be.

9. Tell us a few of your favorite horror films?

Alien is by far one of my favorite films because of how the characters were confined to the Nostromo with an alien life form o board, basically no weapons except for the flame throwers and no clue of how they can kill the unwanted guest that was stalking them one by one, the Scream franchise (yes even Scream 3) because Ghostface loved to taunt and use the element of surprise before murdering his victims and the most recent one was X directed by Ti West because of the setting in 1979 which was homage to The Texas Chainsaw Massacre and the acting by Jenna Ortega, Mia Goth (in a dual role as Pearl) and Brittany Snow.

10. What’s next for Orlando Rodriguez ?

As of right now there are no projects that I have my eyes set on auditioning for but if there is and the script looks good I would not mind taking a stab (no pun intended) at it. I know Michael Majal might have a project sometime next year and I have told Tom, Adam and Jared Safier to let me know of any films they are looking to cast. While I wait I will just enjoy my time taking it easy and being with my 2 fur kids Huracan and Lucas. Go catch Camp Pleasant Lake when it comes out in 2023. I assure you the audiences will enjoy what they see 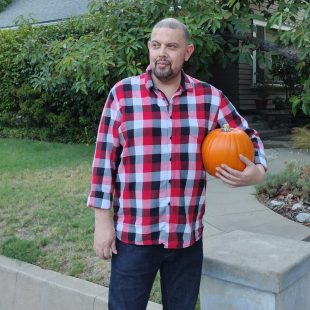