The diversity of the horror genre is underlined by the latest releases which feature films from around the world. 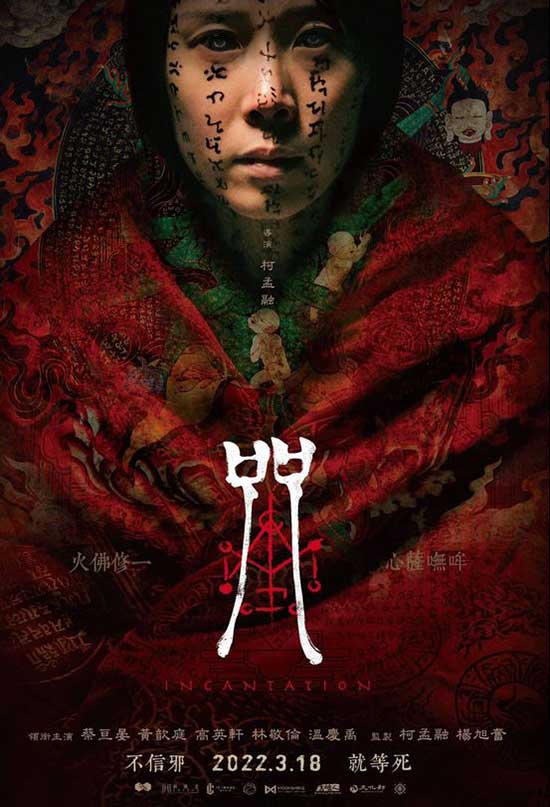 While the US remains one of the most prolific producers of horror films, streaming services are giving a platform to the latest releases from further afield, which provide evidence of the strength of the genre around the world.

Netflix releases include Incantation, the 2022 ‘found footage’ horror film based on a true story. It is currently the film with both the highest gross income this year and the highest grossing horror of all time in Taiwan. The strength of horror films in the Asian country is further highlighted by the body horror The Sadness, which was written and directed by the Canadian Rob Jabbaz.

The US remains the centre of the horror film industry and X, a slasher horror written and directed by Ti West, is set in the late 70s and is clearly influenced by The Texas Chain Saw Massacre. The film, shot in New Zealand, had a budget of around £850,000 and has already made over £12 million at the box office.

While horror films often borrow heavily from previously successful movies from the 1970s, the influence of classic horror stories can also be seen in the popularity of the genre in the iGaming industry. It has inspired slot games such as Dracula’s Castle, Haunted House and Reel Blood, so horror fans who want to enjoy the best online casino in Canada should look for a platform offering these types of slot titles. Game developers have identified horror themes as being highly successful slot games and an excellent way to attract new players.

A US horror 30 years in the making

The horror genre continues to innovate and a prime example of this is Mad God, a US animated horror film written, produced and directed by Phil Tippett over three decades. The film is a real labour of love for Tippett, who worked as a visual effects creator on the first three films in the original Star War trilogy.

He began work on the experimental film in the 1990s, but he decided to shelve the project as he felt a stop-motion animation movie was unlikely to find resonance with CGI technology on the rise, something he experienced personally when working on the film Jurassic Park. But when some of his creations from the 90s were rediscovered, members of his team persuaded him to redouble his efforts and finish the project.

The diverse nature of the horror genre is highlighted by the films which subvert its conventions by introducing other genres. Studio 666 fuses musicals, horror and comedy, in a film that features the US rock band Foo Fighters and is based on a story written by the lead singer Dave Grohl. The film features members of the band including guitarist Pat Smear, bass guitarist Nate Mendel and the late drummer of the band Taylor Hawkins.

Similarly, the Hindi film Bhool Bhulaiyaa 2, written and directed by Anees Bazmee, combines comedy and horror. Evidence of the film’s success is the worldwide income of over £28 million, which puts it in second place amongst the highest-grossing Hindi films so far this year.

The horror genre continues to develop and innovate and with films from around the world proving popular, the cultural elements introduced to storylines can allow these releases to stand out in a packed market of horror films and highlight the various horror sub-genres.