BLOOD DYNASTY Comes to Blu-ray this September from Darkside Releasing 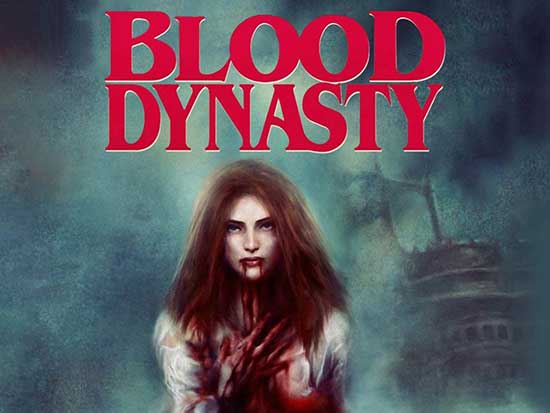 Like its predecessors, BLOOD DYNASTY is a psychological, experimental exploration of the concept of vampirism that picks up where QUEEN OF BLOOD left off. Unlike a traditional vampire mythos, the character of Irina (once again portrayed by Shauna Henry), is a sort of karmic force, reinvented in each picture in a different form, serving a different purpose. This time, Irina is called forth like a ghost from her watery grave by a lonely woman living near the same haunted motel that Irina – in a different lifetime and alternate timeline – once called home. The vampire drifts into the woman’s life, cursing her with bloodlust while slowly, surely feeding her own parasitic agenda.

Filled with evocative imagery, deliberate pacing, saturated color, spare dialogue and oceans of blood and fueled by Alexander’s own ambient synth music, BLOOD DYNASTY (previously only available during a brief run on streaming platforms) is an echo of the previous “Irina” pictures and a moody, hypnotic meditation on loneliness and the addictive nature of love.