Home | Articles special | How is the Horror Genre Adapting to the Live Streaming Craze?

How is the Horror Genre Adapting to the Live Streaming Craze?

Live streaming has been the biggest technological development in recent history, and it has changed the face of entertainment massively. The platform has opened the door to new horror experiences, allowing people to find shocks and scares in a new way from home. This could act as a stepping stone toward horror experiences in virtual reality when that platform becomes mainstream.

Live Streaming has Been Impossible to Ignore

Live streaming has been a game-changer since it first appeared on the scene just over ten years ago. It emerged in the gaming industry, with Twitch being one of the early pioneers. Gamers could share their progress in popular titles, with viewers watching along and interacting with the content. The innovative concept was so successful that it led to Twitch’s sale to Amazon in 2014 for $970 million.

The online casino industry was the other early adopter of live streaming technology, as operators strived to bring the real-world casino experience to players in their own homes. This way of playing is now one of the most popular options, and it can be a deciding factor for players when they choose a site to play at.

This is perhaps most evident when searching online casino directories. Whilst these directories were once populated with many generic options, only set apart by the quality of their promotional offers, nowadays, a major advantage for brands is their inclusion of immersive live games. It’s perhaps no surprise that, increasingly, traffic is directed towards sites detailing all the live dealer casinos. The options, boasting vast numbers of titles that feature a human croupier dealing in real-time, are organised based on expert ratings. They also tell players where the best bonuses are, so they can make an informed decision. The sheer abundance of choice here highlights how far live casinos have come.

Facebook brought live streaming into the mainstream in 2017, and it has gone from strength to strength since then. Now, more than 50 per cent of businesses use live streaming broadcasts, and it has been an excellent way to forge closer relationships with customers.

With live streaming permeating every corner of the internet, it was only a matter of time before it would have an impact on horror. Aside from the booming movie sector where there are countless frightening flicks to choose from, fans of the genre have always gone in search of other ways to feel the same thrills. For instance, haunted houses have been around since the 19th century, when gruesome illusions could be seen in cities like London.

Now, live streaming is offering up a new way for horror audiences to get their scare fix. These are referred to as remote immersive experiences, where you pay for a ticket to an interactive live show online. Some of the past events have included Quaranscream, Hocus Pocus: A Musical Cocktail Experience, and The Missing: An Isolated Mystery. All of these combined live and recorded elements and gave viewers a chance to get involved.

There has been a lot of great feedback in the horror sector for these live streaming options, and they are inspiring other production companies to get in on the act. These engaging experiences are paving the way for VR, which could help to up the immersion levels even more. In the future, horror fans could be putting on headgear and stepping into frightening situations, all from the comfort of their own homes. 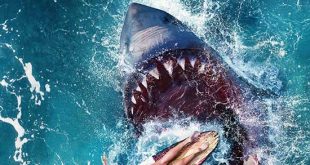 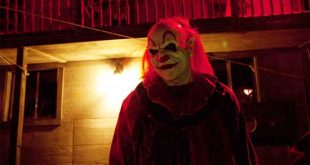